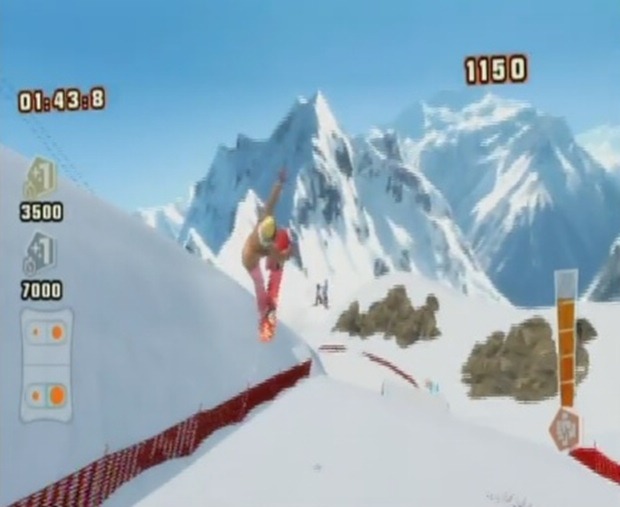 Short Version: Shaun White Snowboarding Road Trip for the Wii is a must-have game for anyone who owns a Balance Board and is even remotely interested in snowboarding.

Long Version: The Wii, she’s been a fickle mistress. I fell head over heels for her when she first hit the scene but the glaring omission of decent third-party titles has caused a rift in our relationship wider than the special pants she had to purchase after she “let herself go” once I’d been roped in. I’m happy to report that I’ve fallen in love with my little white console all over again thanks, in large part, to the new hope that the team at Ubisoft has given Wii owners everywhere.

Good: Gameplay, gameplay, gameplay. That was supposed to be the Wii model; simple games equals fun. If you’ve ever snowboarded before or if you at least understand the basic concept behind snowboarding (or other board sports like skateboarding or surfing), then you’ll be able to pick up the game in less than a minute. Hop on the Balance Board and lean left and right to steer. Those are the basics right there. 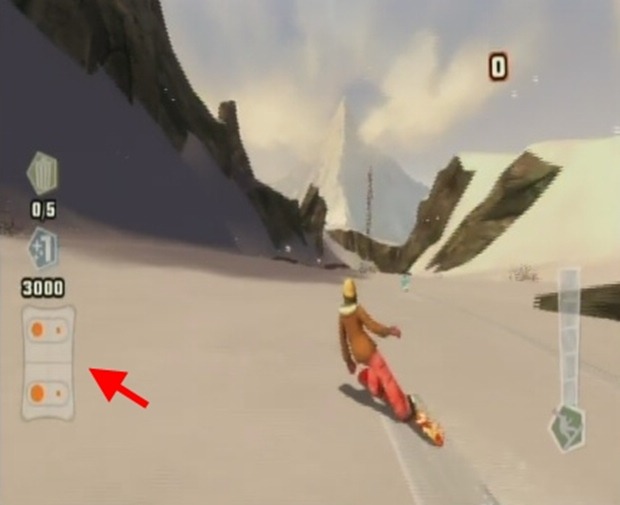 The presentation is also impressive for a Wii title. You travel with a group of friends chasing Shaun White across the world, picking more and more friends up that you meet along the way, and for each run, you pick one person to work the camera and one to actually ride for points. Your camera person will ride behind you at all times and when you fall down you’ll kick a bunch of snow onto the camera, covering the screen briefly. It’s a simple but cool effect. The menus and cut scenes are well-done, too. A bit cartoony, but everything definitely works.

Bad: The game is a completely different animal if you use just the Wii controller without the balance board. You’re able to pull off insane tricks a la SSX Tricky by EA Big, which some people might like, but while the Balance Board provides a pretty good sense of realism, playing the game without the Balance Board is a much different experience.

Also, the game itself gets a bit repetitive after a while. You constantly chase Shaun White from city to city, unlocking different runs and mountains before you can move on to the next city. Furthermore, you don’t actually play as Shaun White until the end of the game and you can’t create your own customized player. That being said, I found it fun to just flip on the game at the end of the day and cruise down the mountains for a little bit. It’s kind of relaxing if you can get past the urge to plow through the game unlocking everything.

Recommendation: If you already have the Balance Board, you should seriously consider this game. It’s a great example of what the Balance Board can do. Don’t buy the Balance Board just to use with the game, though, and maybe only buy the game for use with just the Wii controller if you’re really into snowboarding games.

Video: Check out some of the menus and gameplay.