Long Version: The iVO-Sound m1050 4GB portable media player from Geeks.com is one of hundreds – maybe thousands – of entertainment gadgets on the market today and, as such, there are few surprises here. That’s probably a good thing, though, as the device plays music and video files with ease and is small enough to fit in just about any pocket.

Good: It’s cheap in price, yet it’s solidly built. The player’s got a nice brushed metal motif going and the buttons feel like they could take some abuse. For $45, it feels like it should cost more. The three-inch screen is surprisingly nice – very colorful and bright – and has a resolution of 400 x 240 in the 16:9 format. You can play videos back in their native format or the PMP will auto-stretch them to fill the screen. 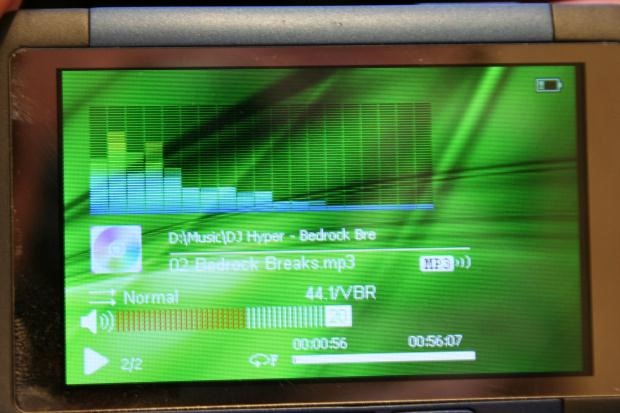 The iVO-Sound isn’t short on features, either. You’ve got a more-than-capable music player, video player, image viewer, FM radio (with recording), voice recorder, and e-book reader. Battery life for music is rated at nine hours and video is rated at four hours. I was actually able to squeeze almost ten hours of music out of the PMP but video fell short of four hours by about 20 minutes at the lowest brightness setting. The lithium ion battery charges quickly.

Bad: The controls are a little difficult to get used to at first and the lack of dedicated volume buttons means that you’ll have to hit a toggle button on the top of the player if you want to control the volume. The track skip buttons serve as the volume buttons, which became a problem when I’d think I had the volume toggle selected but instead skipped out of whichever track I was listening to.

Format support is a bit limited, too, especially as it pertains to videos. Your standard DivX and XviD AVI files should work fine (all mine did) but iPod-compatible MP4 files didn’t work. Music file support is limited to MP3, WMA, and WAV formats, so plan accordingly.

The market for this type of product shrinks smaller and smaller as smartphones and high-capacity microSD cards become more prevalent – your phone can probably do everything this player can do aside from the FM radio functions. But if you’re looking for a decent, inexpensive PMP for everyday use, then the $45 iVO-Sound m1050 isn’t a bad deal at all. 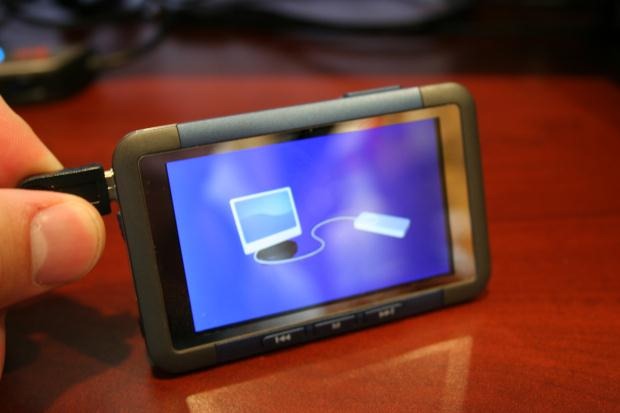