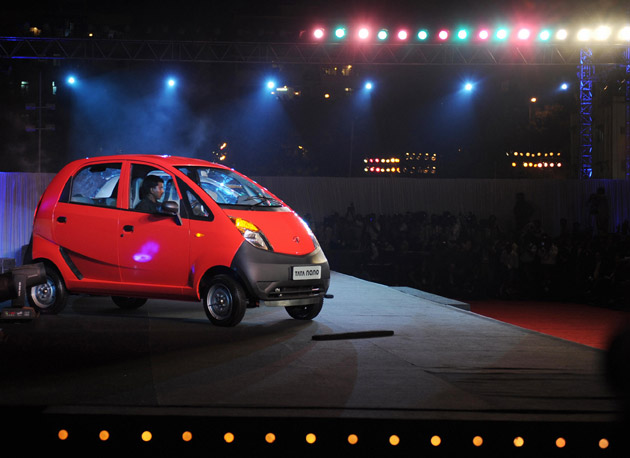 The world’s least expensive car, India’s Tata Nano, was introduced a little more than a year ago, and it’s now available for purchase. That car, which starts at a mere 100,000 rupees (around $1,982), is supposed to help bring modern, automobile transportation to, initially, India’s less affluent. It’ll be released in other regions in the coming years.

As you might expect, the car doesn’t offer a fancy “sports package” or anything. In fact, the basic model doesn’t have features long considered standard, like air conditioning and power steering—there isn’t even a radio! (Other, better equipped models will eventually be available.)

And this really is a case of Tata, which is India’s largest corporation, trying to help people as much as it is a profit-seeking venture. Analysts don’t expect the company to make a single penny from the venture for at least several years.

Not for nothing, but it also sounds like a decent car for those narrow streets in European cities. I was in Lisbon last month—no way you’re gonna drive a big SUV when you’re trying to squeeze in between two rows of parked cars lining an “impossibly narrow” rua!