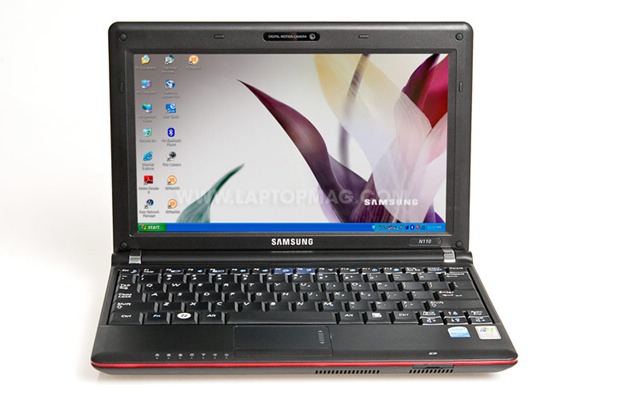 It appears that Samsung still has the netbook to beat in the N110, the $469 replacement of the NC10 that increases battery life to over seven hours of real world use, swaps in a glossy lid, and rounds out the front corners while staying under three pounds with a six-cell battery.

The keyboard stays the same as the NC10’s, which is a good thing according to LAPTOP. The touchpad gets a slight bump in size and the single rocker-style mouse button gets raised up a tiny bit but still “lacks a divot to separate the left and right sides.”

Most everything else between the NC10 and the N110 stays the same – 1.6GHz Atom CPU, 1GB Ram, 160GB hard drive, XP Home – but the incremental upgrades, plus almost 7.5 hours of continuous web surfing makes the N110 the top dog in the 10.1-inch netbook class.