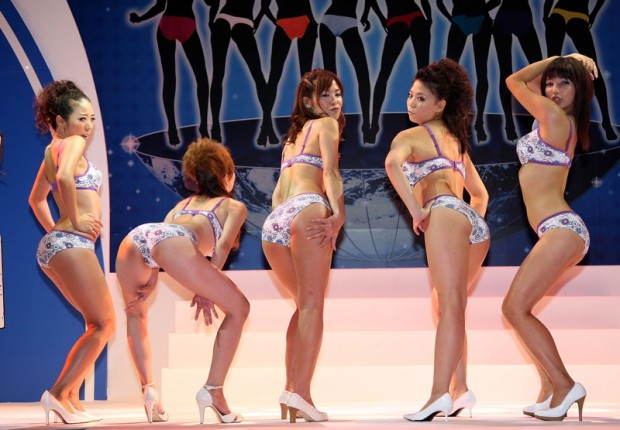 Japan-based chemistry company Teijin announced the development of underwear that can burn away body fat. All that wearers need to do is let the fabric hug their skin to generate friction resistance when they go about their daily routines.

The fabric is based on a polyester nanofiber, which is supposedly very soft and was first made public by Teijin last year. Usually, the so-called Nanofront fibers are used for industrial polishing cloths and are just 700 nanometers in diameter (a strand of hair is 7,500 times thicker). Nanofront is said to be 200,000 times more flexible than conventional polyester fibers (15μm in diameter).

Teijin claims that people who have worn the Nanofront underwear in experiments for 40 consecutive days lowered their body fat by “several percent” and consequently reduced waist size by several centimeters. The company is already in talks with a number of apparel makers and hopes to commercialize its technology as early as in next year’s spring or summer fashion season.