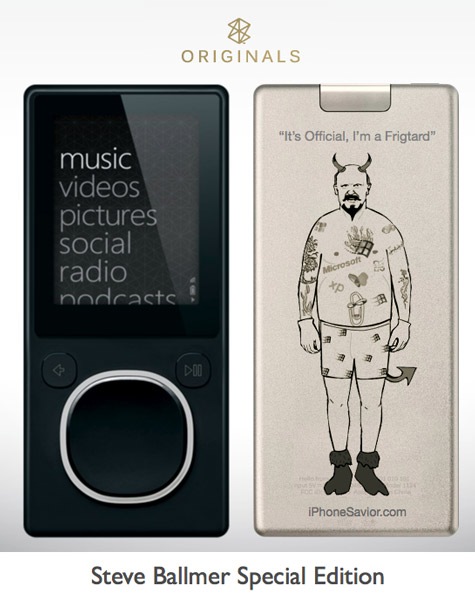 MS CEO Steve Ballmer was in town (NYC) this week for the McGraw-Hill media conference and the large, sweaty and angry man from Redmond revealed some interesting news about his companies most profitable and least profitable hardware offerings.

It’s unclear what Ballmer means when he said there’s a real opportunity for the Xbox to be “more than a console” but something is currently brewing and we’ll be seeing it in a year or sometime in the next 12 months. In all likelihood, we think it will consist of more content offerings than new hardware. NXE was a huge step for Microsoft in turning the Xbox into more of a media center than just a gaming console. But, you never know. They certainly can’t destroy it. Or can they?

On the Zune front, Ballmer says MS is sticking with the hardware and services, but won’t be dumping a whole of cash into it. Sounds like they’re going to expand the services end while making incremental improvements to the hardware. And Ballmer alludes to the “software/ecosystem” creeping onto other devices. We’ve already seen this with Windows Mobile 6.5, but where else could the service go? This might tell us where it’s going.

Zune needs to come from the cloud and support the TV. It will support the phone/mobile device, and it has to run on the PC. Right now it’s on a device but it broaden from there.

via All Things D