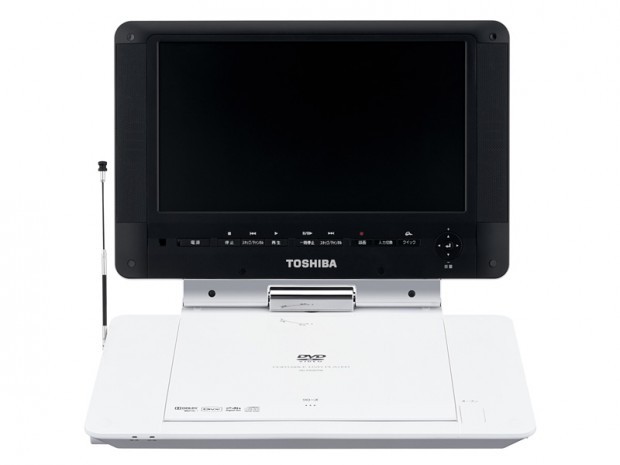 Toshiba Japan announced a new portable DVD player today [JP], the SD-P93DTW, which is equipped with a One-Seg digital TV tuner. The device is Japan-only at this point. But Toshiba sells the SDP93S in the US, which is essentially the same player minus the TV tuner (the tuner is useless outside Japan and Brazil anyway). And Americans have to pay a lot less for their player.

Japanese buyers will be set back a whopping $520, while the SDP93S costs just $180 at Amazon. The Japanese version is also equipped with an analogue TV tuner and supports SD/SDHC/microSD/micro SDHC cards but apart from these features (the American version supports SD cards only), it seems to be the same model: a swiveling 9-inch TFT LCD screen with 800×480 resolution, DivX support, JPEG viewer, virtual surround sound and built-in speakers. 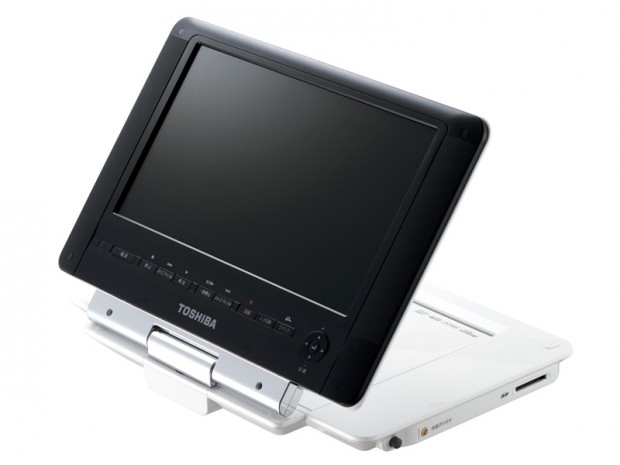 The SD-P93DTW will hit Japanese stores at the end of April.