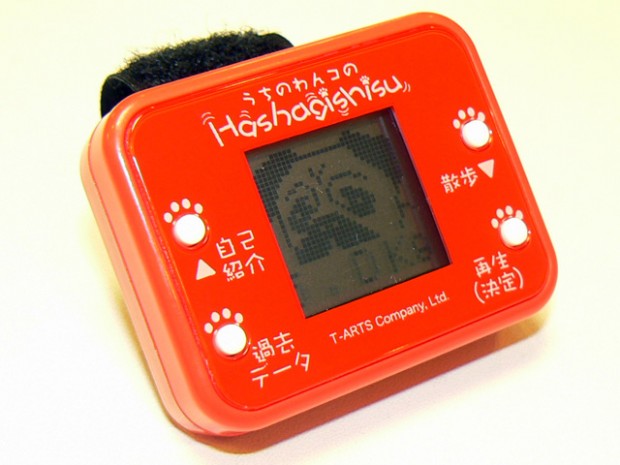 You know when a society doesn’t have any real problems every time there is a new gadget for pets.

Today Takara Tomy Arts [JP], a subsidary of Japanese toy giant Takara Tomy, announced it developed a handheld that can measure how much a dog has exercised.

The Uchi No Wanko No Hashagi Shisu (The Index of My Bow Wow’s Merriness) is able to display how much a dog has moved as an hourly index. Both professional dog trainers and veterinarians were involved in the development of the device. The goal is to avoid obesity in dogs. 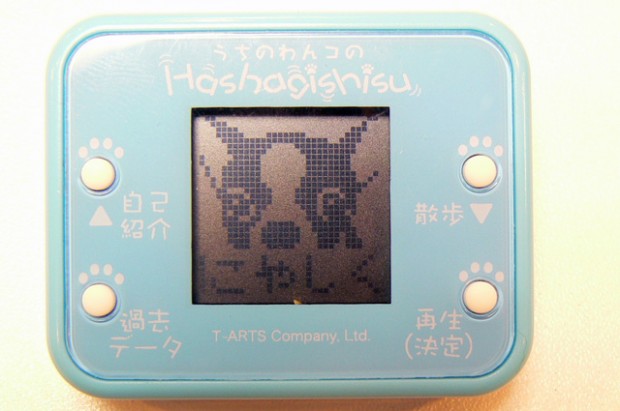 All that users need to do is to input a dog’s breed, date of birth and sex. The device (weight: 35g) then tracks the dog’s movements through a built-in motion sensor and keeps a record of the activities. An LCD screen shows 40 different animations and a number of messages, depending on the dog’s behavior.

The Index of My Bow Wow’s Merriness goes on sale in Japan on April 3 for an MSRP of $50. It’s unknown as of now whether the toy will make it outside Nippon as well.