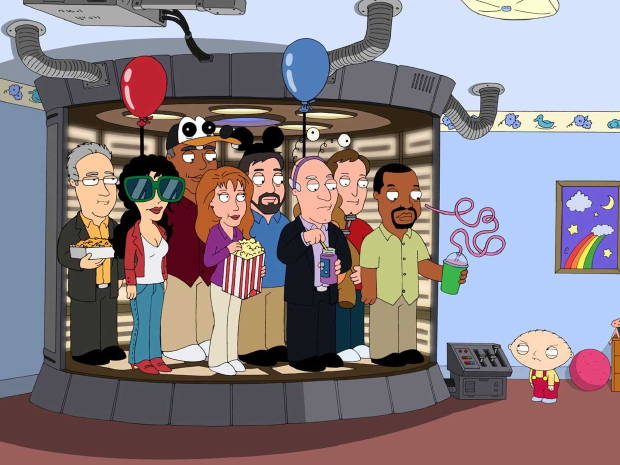 Love you some cartoons? Well, an upcoming episode of Seth McFarland’s Family Guy will have a Star Trek feel. Apparently the Griffen family is off to a Trekie convention, which judging by the pic, produces hilarious results between the old cast members and Stewie. I can’t wait.

Fox’s discription of the episode:

Stewie blows a fuse when he doesn’t get a chance to ask his favorite ‘Star Trek: The Next Generation’ cast members any questions,” reads the logline. “He devises a plan, builds a transporter and beams the entire cast to his bedroom so they can spend a fun-filled day together in Quahog.