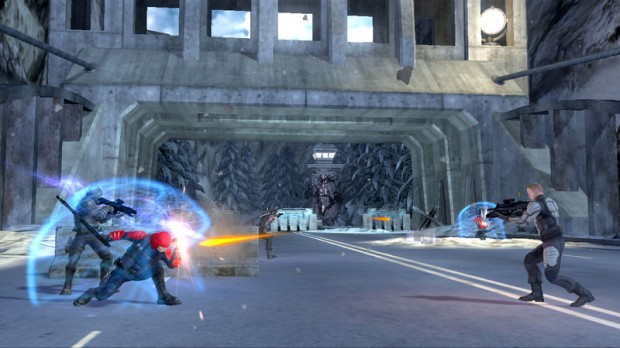 We all like G.I. Joe here, although we’re split on whether the movie will be terrible or barely passable. Same thing goes, apparently, for the game. Not that we’re surprised, but it looks like the movie tie-in will be as soulless as any other. The environments look generic, the enemies look generic, and somehow I doubt Snake Eyes is going to have as many sweet moves as Ryu from Ninja Gaiden.

Couldn’t we get a real G.I. Joe game? Cel-shaded, old-school graphics, epic laser battles, switching between multiple guys like a cross between Project Eden and the Lost Vikings… it could be so great! But no, we get this sheisty thing.