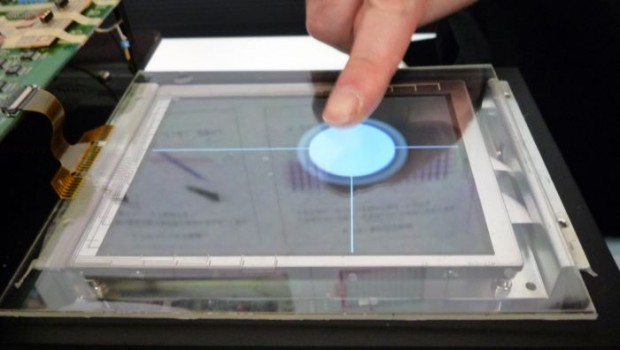 During the Interaction 2009 [JP], a tech exhibition held in Tokyo last week, Mitsubishi Electric showcased a touch panel that not only reacts to the touch of a finger but is also able to measure its distance from the display.

The so-called 3D touch panel features a 5.7-inch VGA screen (640×480 resolution) and was prototyped with usage in mobile devices in mind. The panel is not only able to track the distance of a finger that approaches its surface but also the speed. 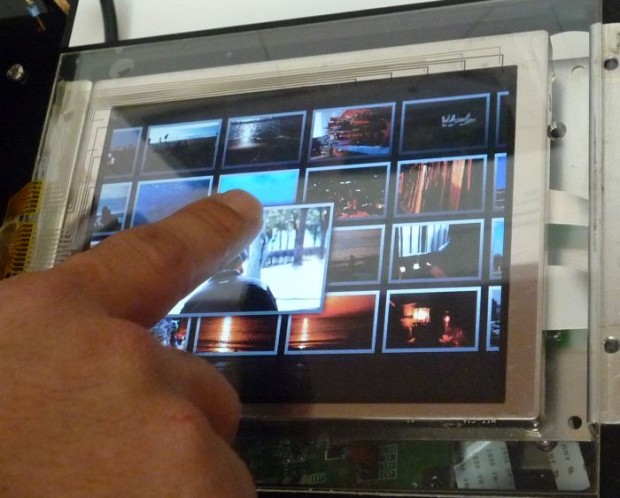 Mitsubishi says the display can react to the position of the user’s finger. If, for example, the finger approaches the screen, icons may pop up near the spot the display expects a contact with the finger.

The company says their prototype is largely based on capacitive touch panels that are already available on the market and doesn’t expect high additional costs when the 3D touch panel is mass produced (which is not yet clear). Mitsubishi is reportedly already working on screens that are 10 inches and larger.