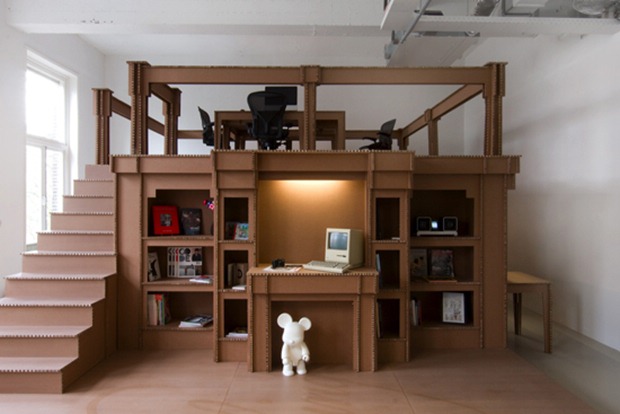 There’s an office in Amsterdam where all the furniture is made of cardboard. It’s the office of a creative agency called “Nothing” so, of course, being a creative agency you have to do something out of bounds so potential clients a) will be impressed with your creativity and b) won’t argue when you do crazy shit while working for them. 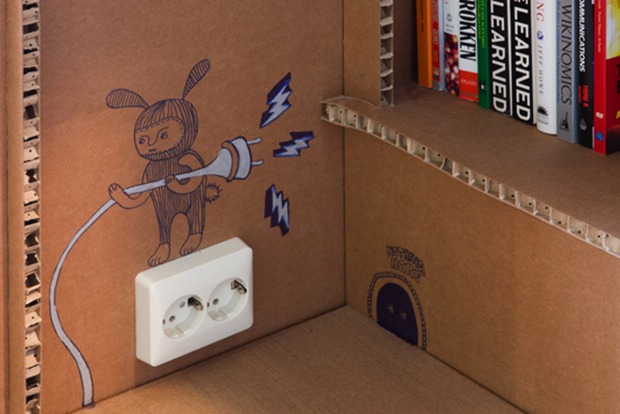 It’s a very cool use of old cardboard and everything looks like normal furniture from afar. And it all goes along well with the whole “nothing” motif. According to the company’s site:

The idea behind Nothing also manifests itself in our office space. Designed by Alrik Koudenburg, and built together with designer/friend Joost van Bleiswijk, our office is made entirely of cardboard. The idea being, to create an office that will turn our clients into brand advocates, by using the most Nothing-building material we could find. At the same time, have the walls double as a blank canvas, on which people can leave their mark.

Nothing Amsterdam [via Smarterware]