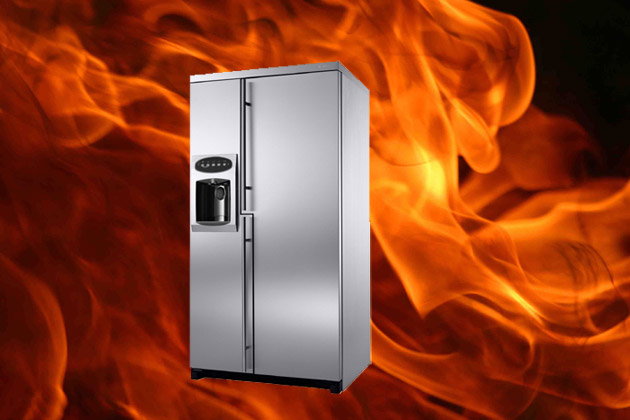 The refrigerator was once considered a gadget, you know.

So, here’s the deal, kids. Maytag is recalling approximately 1.6 million fridges that were sold between January 2001 and January 2004. Why? Well, 16 cases have already been reported ranging from smoke damage to major “OH MY GOD MY KITCHEN IS ON FIRE” damage. It’s being caused by “an electrical failure in the relay component that turns on the refrigerator’s compressor can cause overheating and pose a serious fire hazard.”

This recall actually includes Jenn-Air, Amana, Admiral, Magic Chef, Performa by Maytag and Crosley side-by-side and top freezer models. Those with bottom freezers need not freak out. They originally sold for $350 to $1600 and came in black, bisque, white and stainless steel.