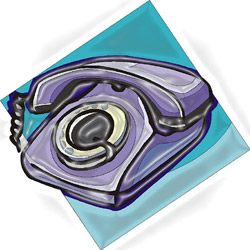 A study is about to be released that says consumers are paying a hell of a lot more than they need to for cellphone access. The average person in San Diego—let’s assume the data can be extrapolated to the rest of the country—pays $3.02 per minute for cellphone service; removing outliers from the equation—people who pay for a ton of minutes but only use a few of them—and the figure drops to between $0.50-$1.00 per minute.

Nobody wants to pay $0.50 per minute, let alone $3.00, just to be able to talk to their dumb friends. “No, dumb friend of mine, I can’t believe Jack got married to Sawyer last night.” But it’s not like the cellphone companies are being evil or anything: AT&T says it “encourage[s] people to look at their bill, question their bill, and call us if they see anything that’s not right” Verizon Wireless says that if you’re not happy with your plan they’ll “work with you to get you on the right plan.”

In other words, make sure you buy the appropriate plan. For me, theoretically, that’d be the 450-minutes-per-month AT&T plan, seeing as though I don’t talk on the phone all that much.

The people who put together the report, Utility Consumers’ Action Network, which I probably should have mentioned several paragraphs ago, have suggested that the Feds mandate a little box on everyone’s cellphone bill that says, plainly, “You pay X-Amount per minute.” That would go a long way toward clearing up all that cellphone confusion, right?