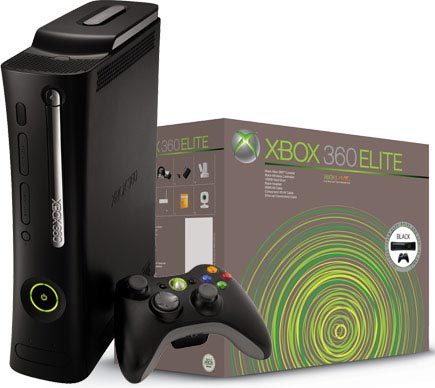 Last week Fudzilla was reporting that Microsoft could be phasing out the Xbox 360 Elite in select markets while making it a limited edition model in NA and Europe. It all boils down to the current state of the economy. And it wouldn’t hurt the sales of special edition Elite consoles like the Resident Evil 5 bundle if the black Elites weren’t so abundant.

The plan, if true, would see MS cutting off orders of the Elite to retailers and letting them deplete supplies. This could drive the cost of the Elite bundle to go up, but they would include a top-tier title. The rumor goes on to say that MS would make available a larger hard drive than the 120GB model for those with Arcade or Pro systems.

If it does go down like Fudzilla says than we can expect to see it happen in Q2. MS, per the usual, had this to say about the whole shebang.

Peter, as you may know, we don’t comment on rumors and speculation.