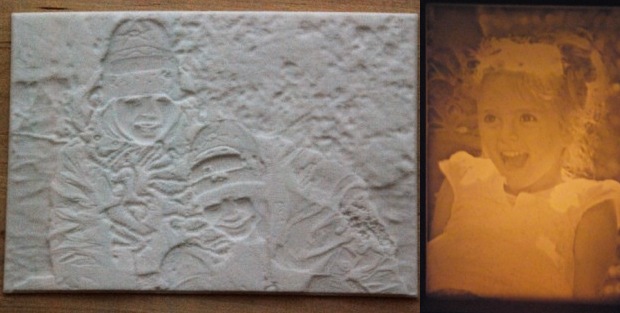 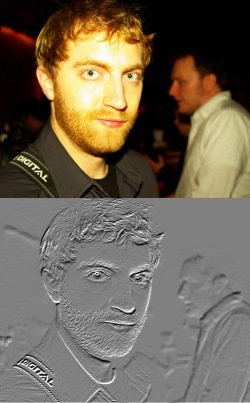 You remember the object fabrication service Shapeways, right? You could take a 3D model from your Blender, Maya, or 3DSM project and turn it into a cool real-life object super easily. Now you can do the same thing with photos, even though that doesn’t make too much sense at first. No, you don’t get a copy of whatever object you took a picture of. You get a sort of weird version of the photo that kind of looks like your kid got trapped in carbonite. It’s actually kind of cool.

The “lightsculpture” that gets made looks pretty much like an “emboss” filter applied to the picture, except actually 3D. The picture of me at right would end up looking like it does below, but it appears that once you get a light behind it, it looks more like a freaky amber cast. Sure, it’s pretty strange, but it might be kind of fun. Prices depend on the size, of course, but I think $40-$50 for a 4×6 is what you should expect. You could also design a little stand to hold it up and put a candle behind it.