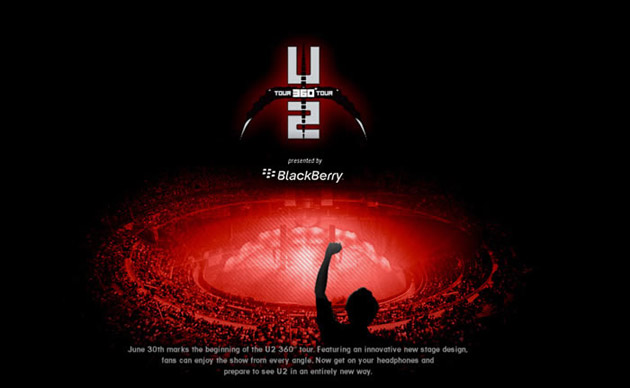 Oh. Your. God. If you’re standing, sit down. If you’re sitting down, stand up, then sit down again. Huge, huge news: U2, once synonymous with Apple , has now signed a deal with Research in Motion, which will sponsor the band’s upcoming tour. It’s called the 360º Tour, and it starts its North American swing in September in Chicago.

And while there’s sure to be a bunch of “why did U2 switch loyalties?” complaints, know this:

Bono is a partner in the venture firm Elevation Partners, which owns 39 percent of Palm. The handset company is planning to release its touchscreen Pre smartphone to compete with Apple’s iPhone sometime this summer.

So there you go, the Almighty Dollar strikes again.