Hold up, LaCie has something here. The iamaKey flash drive is actually novel and worth your time. I like it. 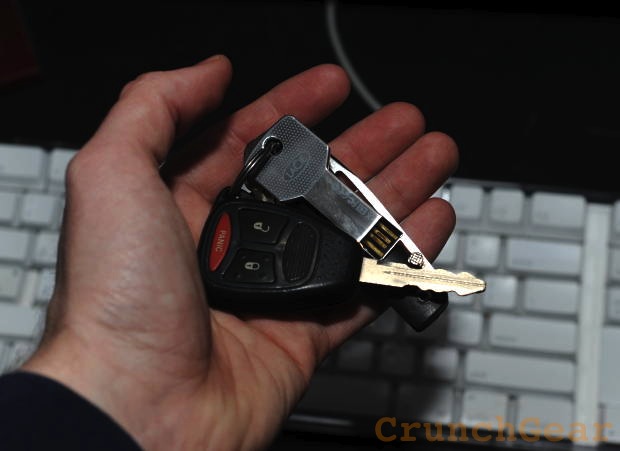 Flash drives were always something almost disposable. When you purchased one, you just kind of knew that it would eventually be lost. Or if you happened to use the keychain hole, the bulky, plastic casing would be damaged and ultimately be a pain in the ass. This LaCie flash drive shows promise though; it has already earned a spot on my key ring.

This little flash drive is surprising tough. It’s made out of stamped metal with a flat type USB connector. I dare say it can hold up to the type of punishment keys are put through. It might get dinged up but all that matters is that if the USB connector holds up.

My totally real world test using Windows 7 to monitor data speeds saw transfer rates around 10MB/s meaning this 4GB flash drive isn’t the quickest on the block. Honestly though, I would rather have a tough as nails flash drive than a lightning fast drive made out of plastic. 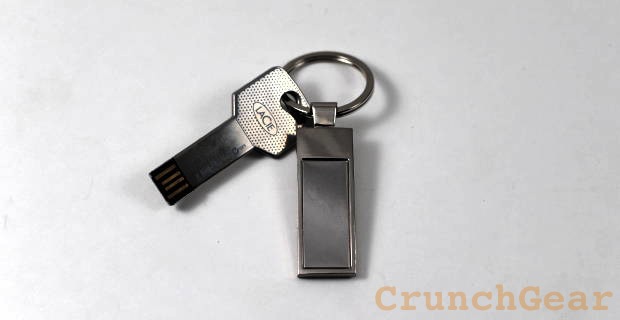 Obviously, this flash drive is all about convenience. It slips right onto the key ring and looks right at home. Depending on the weight of your keys however, you probably wouldn’t want to leave this plugged in unsupported as it might damage the USB port if it’s just hanging in the wind.

According to the press release that was included on the flash drive, these are available right now starting at $9.99 but I can’t find ’em on LaCie’s website. It will probably be available shortly though.