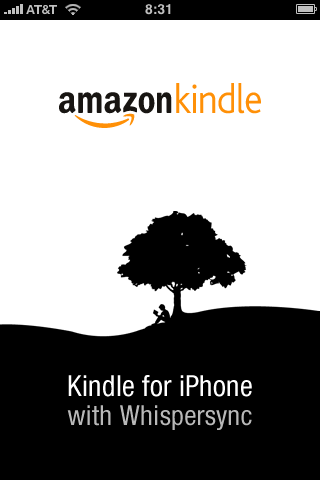 BusinessWeek talked to some analysts about the Kindle for iPhone and we all know where that leads: disappointment and discouragement. The Kindle for iPhone will cut into sales of the $359 Kindle, allowing cheapskates to pay $9.99 for books they can read on their iPhones using free software.

BWAAAAP – Sorry. This is essentially Gillette giving out a really cheap razor body – Kindle for iPhone is far inferior to the large-screened Kindle – and hoping people pay $9.99 and up for the razors and, eventually, $359 for the super special razor. This is a marketing ploy to get the eBook concept firmly ensconced in connected consumers minds as a valuable good only available from Amazon .

Only Citigroup is really bullish on the device, but we know how well they’re doing right now:

Citigroup (C) analyst Mark Mahaney isn’t concerned about cannibalization. Amazon does not release sales figures for its Kindle or Kindle 2 readers. But in February, Mahaney estimated that sales of the device could top $1.2 billion in 2010. Mahaney says the launch of a Kindle app for the iPhone and iPod doesn’t change his projection. If anything, he’s more confident in his forecast after the positive reviews the Kindle 2 received upon its release. “They’ve got a hit on their hands,” Mahaney says. “My guess is that they want to make money selling both books and the device itself.”

But he’s right: the books cost nothing to produce and make a nice profit. The devices are hard to make and expensive. So why not pop the profits for now and once epaper gets less costly produce an almost disposable Kindle.