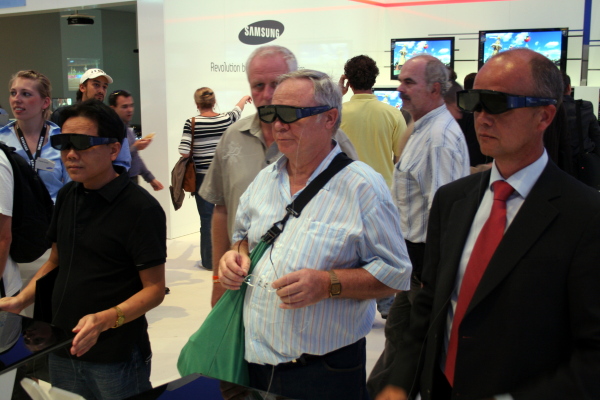 These people are thoroughly enjoying a 3D movie

Two new studies, one from the Consumer Electronics Association and the Entertainment and Technology Center at USC and the other from Meant to be Seen (“the foremost authority group on stereoscopic 3D gaming and home entertainment”), suggest that consumers — that is, average people like you and me — dig 3D movies. Wearing glasses to enjoy 3D content is not seen as a big impediment, and 40% of the participants reported that they would prefer to watch a film in 3D rather than watch the same film in 2D.

I’m a bit skeptical of this, in part because I’m not going to shell out a thousand dollars to read the CEA report, but also because any “study” can be used to present nearly any data you want. I saw Bolt in 3D at the cinema and was completely underwhelmed by the third dimension. I actively discouraged my friends from seeing the 3D version of the film because it didn’t offer anything really valuable to the movie.

We were underwhelmed by 3D for the BCS championship game, too. I think many of us are excited about the idea of 3D, but the current implementations all fall short. Kind of like flying cars. 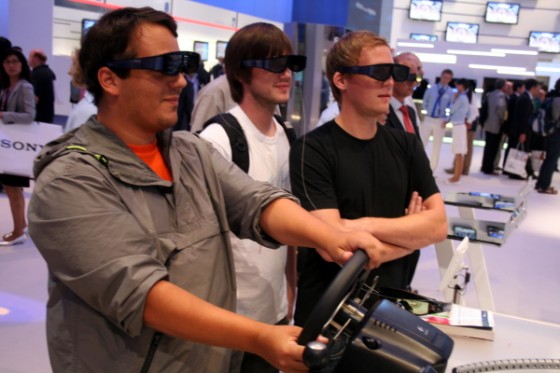 We saw a lot of investment in 3D TV at IFA 2008, so I don’t doubt there’s some merit to the conclusions in these two studies. I think the Meant to Be Seen study, which had a focus on gamers, is probably the more revelatory of the two: gamers have a greater incentive for immersion, so 3D is a natural progression of gaming technology.

Let’s do our own completely unscientific poll!