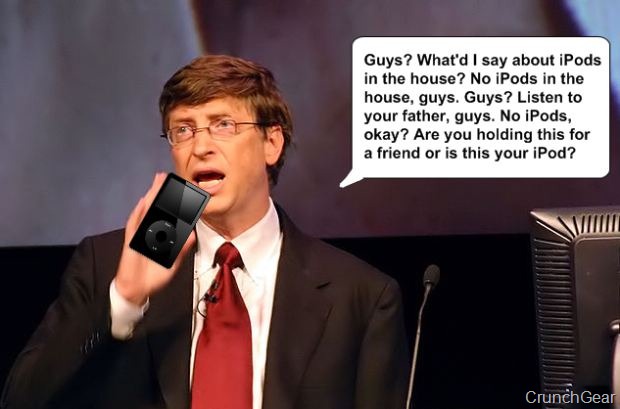 Apparently an article in this month’s Vogue (I can’t believe I let my subscription run out!!!) found Melinda Gates saying that iPods and iPhones are a no-no in the Gates household.

“There are very few things that are on the banned list in our household. But iPods and iPhones are two things we don’t get for our kids.”

However, she stabs her husband right in his Windows Mobile heart by also saying about the iPhone:

“Every now and then I look at my friends and say ‘Ooh, I wouldn’t mind having that iPhone’.”

Don’t you worry, Mrs. Gates. Windows Mobile 6.5 is coming. You won’t feel so far behind all the other tech moms once you show off that honeycomb interface, the Zune-like menus, the finger swiping, and Windows Marketplace. The second half of 2009 will be here in no time!