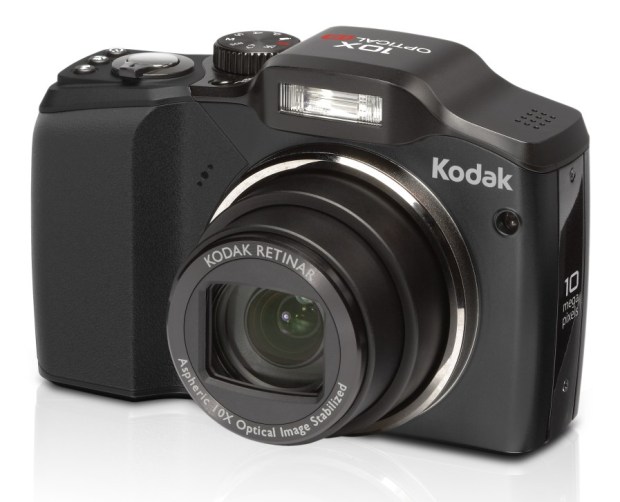 There is no shortage of point-and-shoots on the market, but that doesn’t mean you shouldn’t give Kodak’s latest a look. It’s called the Z915 (memorable, I know), and looks, well, like a camera. I mean, it doesn’t look like a DSLR, and it doesn’t look like a little metal lozenge — it looks for all the world like a regular consumer film camera from the 90s. It’s kind of comforting, really. It’s not breaking any records with its specs, but it looks like a solid camera from the company that makes all the other guys’ sensors. 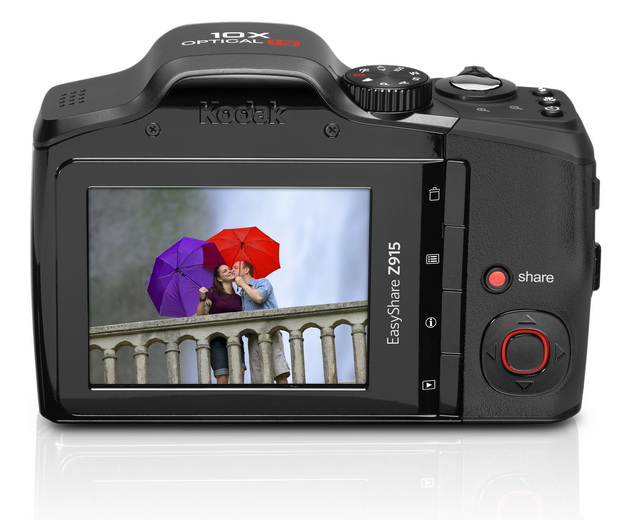 It’s got a 10x stabilized optical zoom, which is awesome, and has a 10-megapixel sensor. Its screen is 2.5″ and it’s got a “versatile AA battery solution.” Ahem. So does my Teddy Ruxpin. Anyway, at $200 it’s a better buy than Canon’s offerings there and rather more zoomy than Nikon’s. Not nearly as svelte, though. They’ll be available in April.