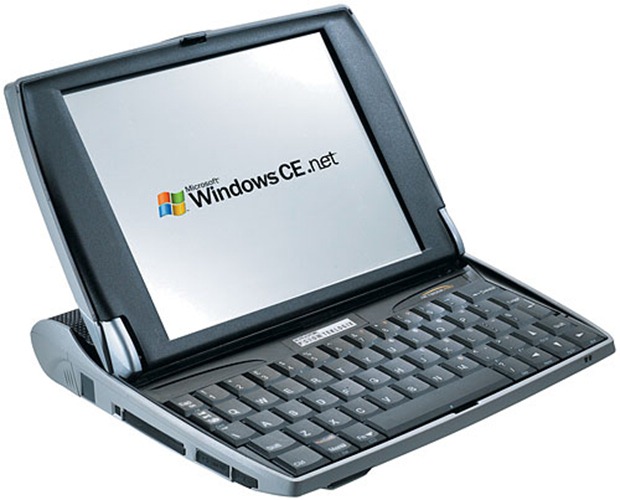 And here we go again. After Dell (and later Intel) petitioned to have Psion’s “netbook” trademark canceled, claiming it was a generic term and that Psion wasn’t even selling anything called a “netbook” any more, Psion responded by saying it’s been actively selling the “Netbook Pro” (above photo) even though the machine is no longer manufactured.

jkOnTheRun received the following from Psion:

In 2006, Psion in fact had multi-million dollar sales of the Netbook ® Pro computer in both the US and the EU.  The bulk of sales were (and continue to be) in the highly specialised supply chain logistics area – perhaps not the easiest thing for third parties to get visibility on, but nevertheless, real sales to real customers in the US.  And those real sales to real customers in the US continue even to this day.  Attached is a typical Netbook ® Pro sales flyer (not included here), so you can see that Psion really were (and are) branding this computer as a ‘Netbook’.

I can quite understand why people might have assumed that sales ceased a while back – it’s not as if the product has been in Best Buy.  But those people simply had no access to Psion’s confidential sales information.

So the facts are that, although manufacture has been discontinued, sales in the US and EU have not.    And its continuing sales that are important to preventing a trademark from becoming abandoned.  We’ll of course be setting the record straight in our court filings.

Incidentally, manufacture of the Netbook ® Pro had to cease prematurely not because of any lack of demand.  It was because supplies of a replacement for a specialised chip controller could not be found – the Netbook ® Pro had very sophisticated power management, given it 8 hours of runtime and 10 days in standby, as well as instant-on (still an amazing feature in a laptop).  Because of the sophisticated nature of the Netbook ® Pro design, a simple replacement controller could not be found and that meant that manufacture had to cease once those supplies of controllers were exhausted; it was a great pity.

I hope this clarifies the situation; Psion continues to sell the Netbook ® Pro computer.  It’s got all the invoices to prove multi-million dollar sales in the US in 2006, and sales that continue even to this day.  There’s been no abandonment of the trademark.

Just because we’re not selling tens of thousands through Best Buy doesn’t mean we’re not entitled to our trademark.

So this will be interesting to watch; can a product that’s not manufactured any more but is still sold have its trademarked name protected? Whatever the case, Psion has a pretty strong argument here if it can indeed secure its trademark for a while longer.