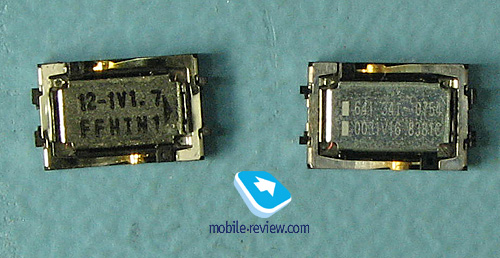 You remember those 1 million 5800 XpressMusic handsets that Nokia proudly announced they’d shipped back in January? Yeah, most of those are probably going to break.

After getting wind that something was spotty in the 5800, Mobile Review plunked down nearly 5 grand for 10 handsets. Out of those 10, every single handset had faulty speakers – they’d work fine at first, but eventually fizzle down to a worthless state within a few weeks. For a handset sold for its music capabilities, that’s not exactly a good thing.

We’ve seen how Nokia tests their handsets, so we’re a bit surprised. I guess you can hit things with a hammer and throw it back and forth between sub-zero and near melting temperatures, and nasty issues can still sneak in.

The issue here originated on the speaker supplier’s end, and has since been resolved – in late January. We’re not sure what this means for the North American 5800 that is just hitting the shelves at the flagship shelves this week – we’ve got a note in to Nokia about it, and we’ll update this story when we hear back.

Nokia has acknowledged the problem – the response of Vitoria Eremena, Nokia’s Head of PR for Eurasia, follows below:

The problematic speakers were replaced with speakers from another supplier, both in production and warehouses. I’d like to emphasize that we have replaced not only the speakers but also their supplier, i.e. at the moment we use speakers from the new supplier at our manufacturing plants, as well as in our service centers. It is very easy to confirm this, because the new speakers are visually different (see the picture above.)

Service centers started receiving the new speakers during the last decade of January, so all users who replaced the speakers since then shouldn’t face this problem.

It should be also noted that Nokia 5800 XpressMusic is one of our focus products, so its sales were watched carefully by our R&D department from the beginning; and, as soon as we heard about this matter, an R&D rep was dispatched to Russia to work on the problem on site.

The secondary replacement issues reported by Mobile-Review were related to the first phones and, at that moment, there was no solution to the problem, so the defective speakers were replaced with speakers from the same (at that time) supplier. When the problem was studied more carefully and it became clear that the new speakers (from the same supplier) do not solve the problem, the supplier was changed, the plants started putting new speakers in, and service centers started getting speakers from the new supplier too. I can not name the supplier of the defective speakers, but it is a very respected company with a world-known name, whose quality of products nobody doubted. But, unfortunately, these things happen, most likely, to everyone.

It should be emphasized that, for these kinds of quantities, and for a global company like Nokia, to solve a problem within a month is a very short time. Sure, a record number of devices were sold during December, and fewer buyers would have been faced with this problem if the sales had been lower. But please believe me, we have been seriously working on the speaker quality problem and we think that, for the moment, the problem is solved.

So, the 5800 XpressMusic can now be bought without any fears. And if you had to replace your speakers, from the end of January – everything should be all right; if you bought the phone earlier and you have problems, now they can truly be solved in service centers by replacing the speakers.

Update: We contacted Nokia for some insight on whether the problem plagues the North American models – and it looks like the answer is.. maybe? Response below:

Some Nokia 5800 XpressMusic customers have reported an audio performance issue. This issue appears to be a hardware issue impacting a limited number of units. Customer satisfaction and product quality are very important to Nokia and we take all quality and customer satisfaction-related issues seriously. Nokia has investigated the issue and is working on a hardware fix.

This issue appears to be a hardware issue impacting a limited number of units. I cannot speculate as to where the affected units may be but can say that existing customers of the 5800 XpressMusic who experience an audio performance issue with the device are advised to contact Nokia Customer Care.