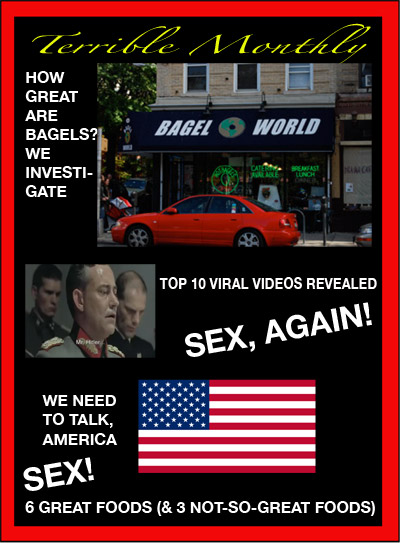 All I have to say to Hearst is “Good luck, bro.” The flatlining publisher, which produces magazines such as Popular Mechanics, Esquire and Cosmopolitan, has revealed that it’s working on an e-reader. The idea, of course, is to cut down the cost of creating a magazine—all that paper, ink, storage, delivery, gas, etc. add up, especially in an environment when ad sales are way down—without sacrificing that “magazine” feel. Too bad it’s doomed, and does, indeed, sacrifice that “feel.”

The Hearst e reader will use the same e-ink found in other digital readers, such as the Kindle. Hearst’s version, however, will be larger, so that the reader is large enough to display ads. Strike one, Heart. Holding onto the notion that ad revenue will pay for your costs, as if this is the 1990s! Strike two, also, why in God’s name will people buy this cheap, presumably black-and-white device to read a magazine? There’s a reason why they’re called “glossies!” People, for whatever reason, like to look at purdy pictures on thick magazine paper. Give them a device where now these photos are in black-and-white and have a resolution comparable to the GameBoy Pocket and you’ll quickly see how people are all, “Yeah, this stinks, sorry, Hearst.”

And for an arbitrary Strike Three, perhaps, I don’t know, people just aren’t that interested in reading whatever it is that Esquire writes when they can follow the intensity of things like the New American Teaparty on Twitter (#teaparty)? Why am I going to read, and pay $6, for a magazine, for some dumb top 10 list on the hottest styles for this summer? That’s why there’s digg!

Having graduated from some stupid, grossly expensive journalism school, I can tell you that 99 percent of the professors there don’t have a clue as to what’s happening technologically. “You mean I can read a TechCruch (or whatever) feature on SOME_DUMB_TREND right on my iPhone, for free, within minutes of THAT_TREND having become obvious, versus having to wait till next month’s issue of NO_LONGER_AROUND_MAGAZINE?” Yes, you can, and people do. (Sorta makes me wish I had skipped college and just become a firefighter or something. At least then I’d be helping people.)