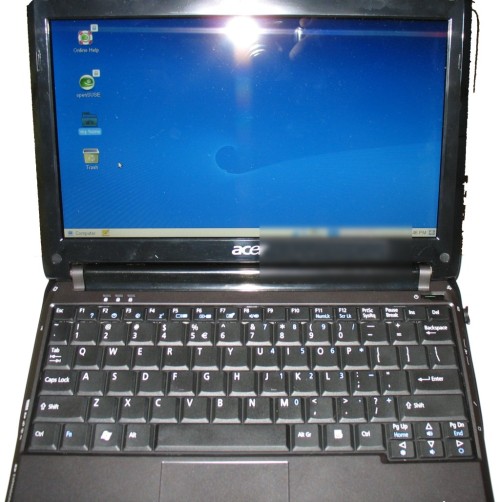 The successor to Acer’s popular and well-reviewed Aspire One netbook is appearing on the net today in the form of some hands-on photos and specs from German site NetbookNews.de. To be honest, the specs aren’t exactly inspiring, but it looks like they are simply polishing the previous Aspire One and not trying to make a whole new class here.

The screen is 10″ and 1024×600, which is sufficient if not inspiring. It appears to be just under 1″ thick (2.4cm to be precise) and should be pretty light, being all plastic and with a piddling 3-cell battery. Here are the shots and the rest of the business:

The name is to be determined; the original post says the prototype is called “BA01,” but an update calls it the “ZG8,” and likely it will have a “trade name” as well (Aspire Two?). It’s running SuSE 11.1 in the pictures but that’s no indication of what it will run when it’s actually released.