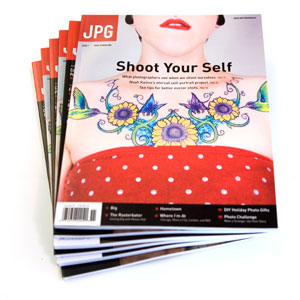 JPG Magazine, the innovative photography magazine that was composed of user-submitted photographs and shut down last month, has been revived. The magazine’s assets have been acquired by a group of investors who will also continue to employ some of the magazine’s staff, we’ve confirmed with a source with knowledge of the deal.

JPG launched in late 2006 with the novel idea of cutting back on publishing costs by accepting user-submitted photos and relying partially on the community to edit the magazine. But despite reaching near-profitability, the periodical announced that it was shutting down on January 2nd when its parent company 8020 Media ran out of money. Within a few days it became clear that JPG might still have life, as a number of potential buyers including Smugmug entered talks, but until now the future of the magazine was in limbo.