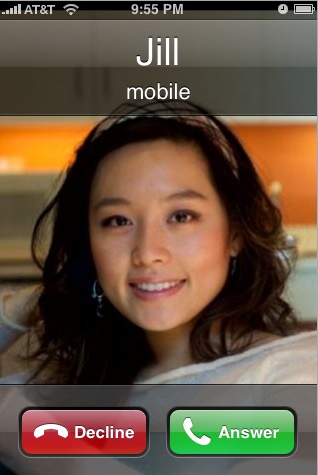 How much overlap is there between your Facebook “friends” and the real contacts in your mobile phone’s address book? If those two world’s align and you have an iPhone, you might want to check out a nifty utility called Photo Phonebook (iTunes link). It finds the matches between the people in your iPhone’s contact list and your Facebook friends and downloads their Facebook profile photos. (Right now, there is a limit of 100 photo downloads because of memory constraints on the iPhone, but the developers are working to fix that).

Next time a Facebook friend calls, their Facebook photo appears on your iPhone. It also appears in the address book. When your friends change their profile photos on Facebook, they change on your iPhone as well. HotorNot founder James Hong, who is an adviser to the developers behind the app, says:

The novel idea is for people to basically start publishing their picture to other people’s phones, taking control of what picture represents them. Sort of like if you could control the ringtone that plays when you called someone, rather than them setting it.

Photos taken with the iPhone can also be published directly to Photo Phonebook’s directory. The plan is support more phones in the future, and other image sources ranging from photos to avatars. This seems like the type of feature Facebook itself should make available through its mobile apps. It would also be much more useful if you could download and sync phone numbers between your Facebook contact list and your mobile phone. But then you might actually have to talk to some of your so-called Facebook friends. 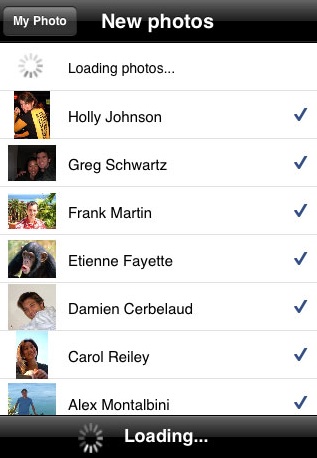