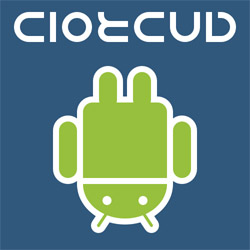 Looks like Google is now preventing anyone with an unlocked G1 from downloading for-pay applications from the Android Market. Google says this is to prevent piracy (but only in the most abstract sense, in my [worthless] opinion), but some developers don’t like the idea. Welcome to the Situation Room, I’m Wolf Blitzer.

Google just implemented this ban a few days ago. In the company’s world, it was done to prevent someone from using an unlocked phone from buying a for-pay application, returning it (Google allows full refund returns within 24 hours of downloading), then re-downloading it for free. This Minority Report scenario can happen because unlocked phones give the user access to all the phone’s directories, including the “special,” usually off-limits directory where for-pay applications are stored.

This is where Android developers enter the picture. Google lets the devs buy unlocked phones as part of their development kit. These developers, however, should they only own the unlocked phone, can now no longer purchase their own for-pay application from the Android Market! It’s insanity! One developer is so mad he’s starting to sound like that crazy CNBC guy from the other day, suggesting a “revolt” of some sort:

It would be the only way to show Google that this is NOT acceptable, and that devs are not second (third?) class citizens on the Market. I do not know about you, but I am beyond angry that I can not even see my own paid app on the Market with my 400 dollar dev phone!

Seems to me the easiest way to avoid upsetting the very developers who make Android Market hum is to eliminate the new rule preventing them from downloading for-pay apps. How many people are going to go through the trouble of buying an unlocked phone just so they can get free apps? And if these people exist, so be it; there can’t be that many of these “pirates” that it puts Google out of business.