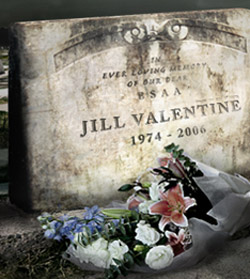 The Milkman delivers! 1UP’s just-launched, comprehensive Resident Evil 5 section includes a note from the site’s editor, one James Mielke, that caught our eye: “In what is destined to be the first genuinely epic game of 2009, Resident Evil 5 is practically guaranteed to be the last of its kind, with the game’s producer, Jun Takeuchi, assuring us that a reboot is in order for the inevitable Resident Evil 6.” You hear that, Resident Evil 6 is inevitable. But is that a good thing, in and of itself?

While we’re on the topic of rebooting franchises, anyone else feel that Capcom messed up by not rebooting the Street Fighter franchise with the just-release Street Fighter IV? That is, Capcom could have used the game to correct the annoying differences between the Japanese and American version of the games, primarily the use of different names. Balrog should be M. Bison, M. Bison should be Vega, etc. Final Fantasy fixed its naming convention back in 1997, why couldn’t Capcom have done the same thing?

Yes, those type of things annoy me.