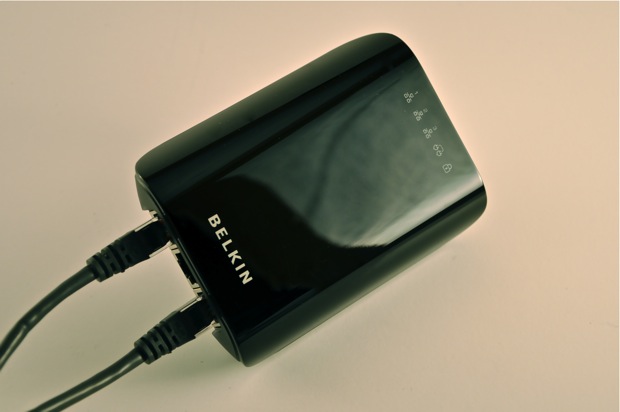 My Problem: I needed internet connectivity in my garage, which is the only thing on the first level of my house. Thing is, my garage seems to be built like a friggin’ faraday cage – the wireless signals just don’t survive the journey through whatever freaky space age insulation they used during construction. The router and modem are on the second level, and running ethernet cables across hallways and a flight of stairs seemed like a quick way to end up with someone busting their noggin. The Solution: the Belkin Powerline AV+ Starter Kit.

What’s in the box:

The idea of the Powerline AV+ is simple: plug an ethernet cable with internet connectivity (from your router, for example) into one end of the first box, then plug the box into an electrical outlet. Bam – your electrical wiring now doubles as networking wiring. Take the second box and plug it in to any other outlet anywhere in your house, and you’ve now got three ethernet ports juiced up and ready to go. It sounds simple, right?

And it is. Seriously – it’s dead friggin’ simple. No configuration screens, no nonsense. It’s as plug-and-play as possible. Going from unboxing to up-and-running took me less than 5 minutes. The only snag I ran into was a classic case of RTFM; I’d plugged the receiver box into a power strip, which the manual specifically says is a no-go.

My internet connection is a paltry 5 megabits per second, and the Powerline AV touts a theoretical cap of 200 megabits per second. Still, I expected some slowdown or latency increase – but there was none. I ran three speed tests at each location: straight out of the router, and on the other end of the Powerline AV+. Results were nearly identical, considering fluctuations in the incoming pipe. The images below are from two of these back-to-back tests.

Straight from the router (Modem > Router > Wired to laptop):

As you can see, the speeds through the Powerline AV+ were actually slightly faster than those through the router; this doesn’t mean that the Powerline AV+ is some magical accelerator, however – there was just some fluctuation on my ISP’s end. It does show, though, that we don’t have to worry about it choking internet connectivity speed.

With most home internet connections being in the 5-15 megabit per second range, the only time you’re likely to ever get anywhere near the 200 Mbps cap is when you’re transferring stuff over the local network. Even then, 200 Mbps should be more than enough for most, especially with a significant chunk of people still on 10/100 LAN routers (which top out at 100Mbps for wired connections). Compared to wireless, it’s faster than 802.11g (54Mbps), but a bit slower than 802.11n (around 248Mbps). A couple of quick transfers across our network were clocking in at around 165Mbps.

If you’ve got a use for it, you’ll love it. It’s easy to install, it’s plenty fast for the vast majority of users, and it’s rock solid. We’ve been using it with out home media server and an Xbox 360 on Live for a few weeks now, and we’ve had no hiccups whatsoever. If wireless isn’t an option but you don’t want to booby trap your house with hundreds of feet of ethernet cable, we’d solidly recommend the Belkin Powerline AV+. 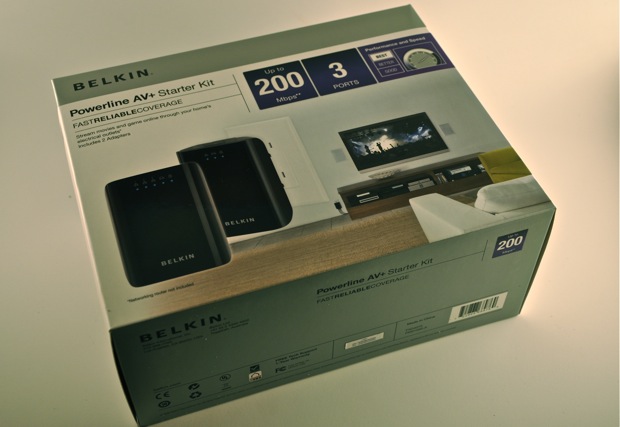 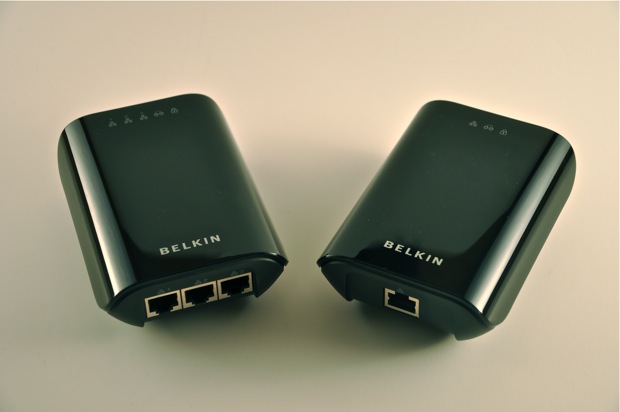