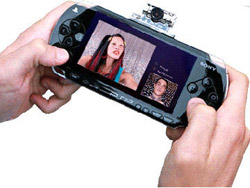 Sony Computer Entertainment Europe has confirmed that it plans to shut down Go!Messenger, a VoIP application that was technically only available in Europe. (Hence, the SCEE confirmation.) There’s a silver lining, though: no jobs will be lost as a result of the shutdown.

SCEE says that the Go!Messenger application, which was developed with BT, hasn’t attracted enough users for the company to keep pouring resources into it. The VoIP service let users video chat and send video to and from each other; it launched last February.

Note that the free Skype for PSP is still around, should you actually use your PSP in that capacity.