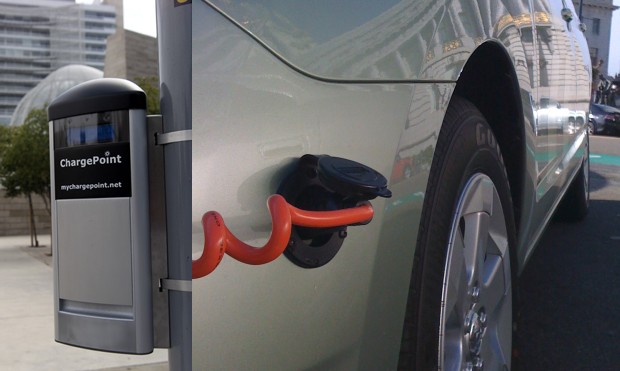 It was reasonable to guess that change like this would find its start in that heaven for both car lovers and hippies, California. Specifically San Francisco, because I don’t think LA has any plans to go electric any time soon. SF mayor Gavin Newsom wrote a blog post at Gas 2.0 describing the first (hopefully of many) electric vehicle charge points, which seem to be called both ChargePoints (naturally) and Smartlets. 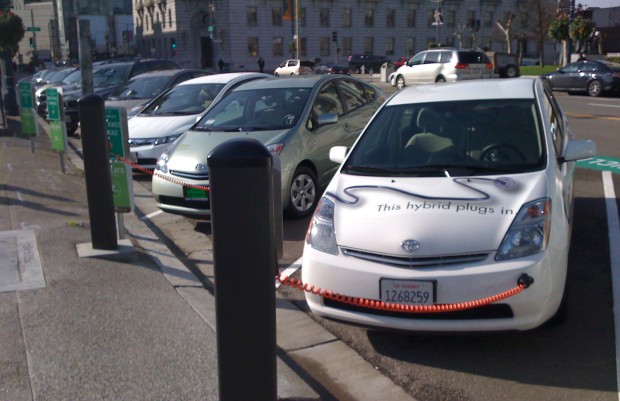 The set of charging stations is “on loan” and installed in front of city hall. They’ll probably want to pick somewhat more convenient spots for subsequent locations, but it sure made it a short walk for Mr. Newsom. The mayor laments the loss of GM’s EV1 and says quite a bit on the necessity of moving to a new form of power for our transportation. It’s nothing new, exactly, but it’s good to see it in such a public forum.