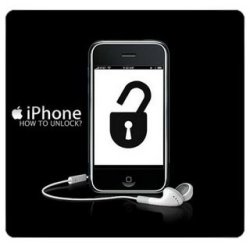 In a filing with the US Copyright Office, both Skype and Mozilla have expressed their support to a request by the Electronic Frontier Foundation (EFF) for an exemption to the Digital Millennium Copyright Act related to iPhone jailbreaking, says AppleInsider. This exemption would take away Apple’s ability to charge groups with DMCA violations for circumventing the iPhone’s security by modifying Apple’s internal software.

VoIP service provider Skype has backed the EFF’s exemption request, claiming that “copyright law should not interfere with a user using his or her phone to run Skype and enjoy the benefits of low- or no-cost long-distance and international calling.”

AppleInsider correctly points out that VoIP apps are in fact allowed on the iPhone, as long as they use Wi-Fi.

Mozilla CEO John Lilly, in turn, said he doubted “Mozilla would venture into the iPhone even if the Copyright Office grants the DMCA exemption over jailbreaking”, stating that the iPhone SDK agreements clearly show its Firefox runtime is not welcome on the device in a recent interview with ComputerWorld. Note that Mozilla is developing its own mobile browser (Fennec) at the moment, which will compete against mobile browsers based on WebKit, including Apple’s Mobile Safari.

Apple’s fillings say the EFF’s exemption request is uncalled for, as the DMCA already has provisions that allow circumvention to enable interoperability (which is the EFF’s prime reason for the exemption request). It also claims the EFF is trying to use the courts to attack its unique business model, and that the EFF does not present any evidence to back up its claims that decriminalizing jailbreaking would result in increased innovation.