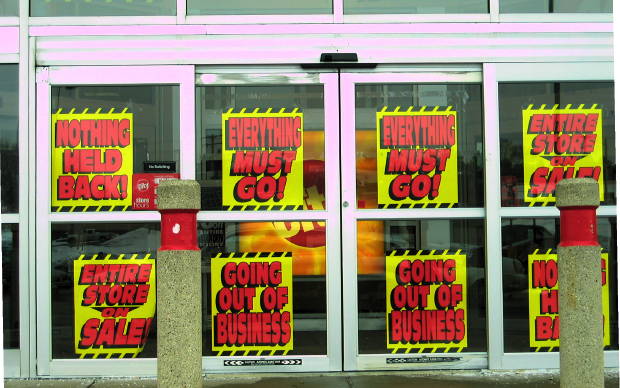 While we failed to find much of anything at the Circuit City liquidation sales, apparently a whole bunch of other people did. The liquidator overlords are reporting that they managed to sell more than $1 billion of Circuit City’s inventory at these sales. In fact, many Circuit City stores have either closed up permanently, or are about to shut the doors because the sales have gone so well. Not a good thing for the soon to be unemployed Circuit City pawns. More discounts should be coming soon though at stores still open.

Scott Carpenter, executive vice president and director of operations for Great American Group which has been running the sales said this,

Deeper discounts will be offered on selected items beginning Thursday and will continue until all inventory has been depleted.

The individual stores are on their own. Once a store sells out, that’s it. Eventually even the fixtures and displays will be sold. I scored a few large white boards for $5 and tried to get a 20-foot step ladder but someone had already put a deposit on it. When the signs say everything must go, everything must go.