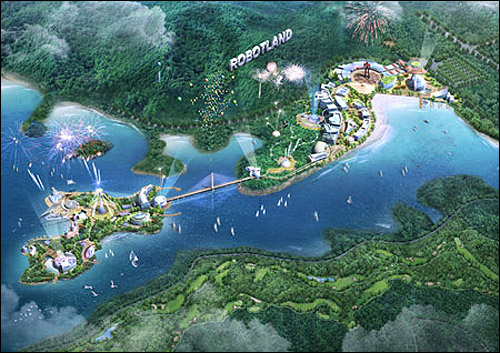 If you have always thought Japan is the country of robots, you might have to think again as it now turns out that South Korea will get the world’s first robot theme parks. The Korean Ministry of Knowledge Economy is ready to invest a whopping $1 billion into two so-called Robot Lands that will be built in two cities.

South Korea’s government has identified robotics as a key industry for the nation’s future and is now set to build the first park in Incheon, a port city west of Seoul. Construction will begin later this year and is expected to end by 2013.

The government plans to spend $560 million into the Incheon park. The rest of the money will go to a second theme bark that will be built in the southern industrial city of Masan. The park will house R&D centers, robot amusement rides, exhibition hall, stadiums and education facilities.