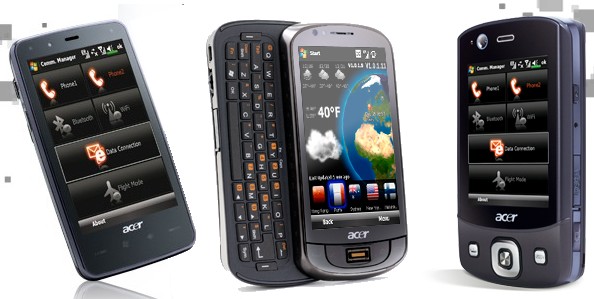 Last week we saw a couple phones drop from Acer, namely the DX650 (which is weird) and the X960 (which is generic). Well, they’ve expanded the lineup and now they’ve got a few more phones ready to hit the market. They all run WinMo 6.1 and with a little luck and legwork we’ll have hands-on with all of them soon. 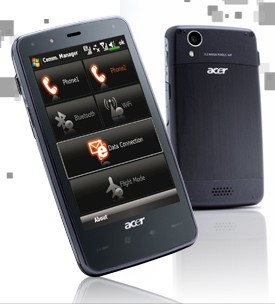 The F900 is their straightforward all-touch phone. It’s got: 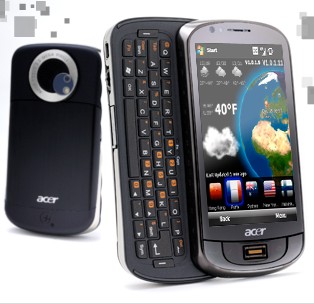 The M900 is the F900’s big brother. It’s got the same screen, processor, and storage, but has the added benefit of a slide-out physical keyboard. It has a different interface and doesn’t have the crucial “L-sensor,” which is not explained.

It also has a fancy 5-megapixel camera with “flashlight,” an upgrade if i ever heard of one. Lastly, the front of the phone has a fingerprint reader of all things where the buttons should be. Don’t ask me.

Other than that it’s got the same stats as above for the most part, so don’t make me type them again. Use initiative, scroll up and down again, you could use the exercise.

Last is the DX900. Sounds like it should be the biggest and baddest, because it has two letters before its 900, but no: 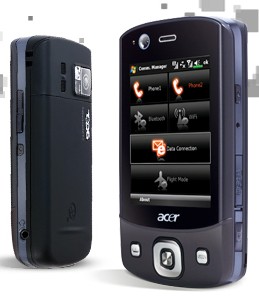 the letters signify that it’s a dual-SIM phone, and it actually will handle a 2G and a 3G SIM at the same time. Not sure why you would want to do this, but I’m sure it’s come up before. Anyway, its stats are slightly less hot than the other 900s in consequence of its freakish dual personality.

It has the same storage options and wireless connectivity as above, capabilities aside from the dual SIM.

More info as we get it, and keep an eye out for a hands-on. More pics at CG.