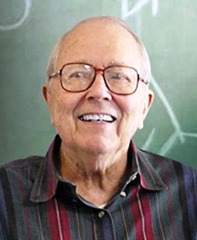 Taser inventor Jack Cover died of pneumonia last Saturday at 88 years of age. A life-long inventor, Cover began work on the Taser in the 1960s before it finally saw widespread use in the 1990s. According to the LA Times,

Cover told the Orange County Register in 1991 that he got the idea for the Taser after hearing about a man who was briefly immobilized by a fallen power line. He began tinkering in his garage and in the late 1960s came up with a device that looked something like a flashlight but fired darts that delivered an electrical charge.

The darts could hit a target up to 15 feet away.
He got the name for the weapon from one of his favorite childhood books, “Tom Swift and His Electric Rifle,” one in a popular early 20th century series by Victor Appleton. In the book, the young Swift invents a rifle that shoots bolts of electricity. The story apparently continued to animate Cover’s imagination decades later, when he conceived the word “Taser” as an acronym for “Thomas A. Swift Electric Rifle.” (Cover evidently added the middle initial “A,” which does not appear in the books.)

Have any of you ever been jolted by of these devices? I was about to try it out at CES in 2008 but we got there too late on the final day of the show. Watching the below video, I’m kind of glad we missed it. Looks like it’s not all that enjoyable.