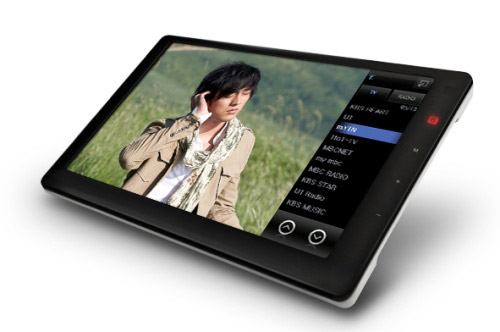 This is the Cowon L3, a Korea-only (for now!) navigation device, not unlike a 15-century sextant, that looks more like a widescreen portable media player than the clunky GPS currently sitting on your dashboard. In Korea, young men can often be found in the middle of fields holding their hand to their ear while wearing a Seinfeld-esque puffy shirt.

Cowon, for reasons unknown, is marketing it with the phrase “Extreme Navigation.” The problem with that, of course, is that the last entity to actually merit the adjective “extreme” was Extreme Championship Wrestling, and that was in the late 1990s. Tommy Dreamer, Sabu, The Sandman, Yoshihiro Tajiri, etc.

All kidding aside, folks, this is probably the fanciest navigation device I’ve ever seen. It’s also environmentally conscious, as it keeps track of your car’s fuel efficiency as you drive about town.

I’m sorry if this post appears to be a little jumbled, it’s just that Twitter is currently under attack, and me and the rest of the CG guys are frightened.