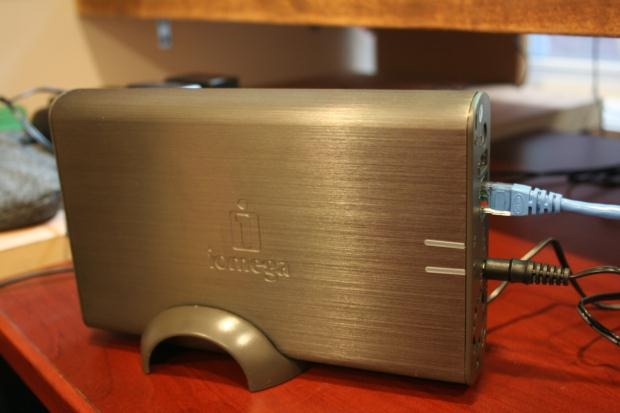 Short Version: A good value for a NAS drive thanks to nice extras like a built-in print server, easy setup, and a straightforward interface. The Iomega Home Media Network Hard Drive would be right at home in a small office or a multi-user household.

Features (according to Iomega):

Setting up and using the drive

Believe it or not, this NAS drive is ridiculously easy to set up. You power up the drive, plug it into your router, and install the software on your computer. When the installation’s all done, a window pops open with five default drives: Music, Movies, Backups, Public, and Photos. 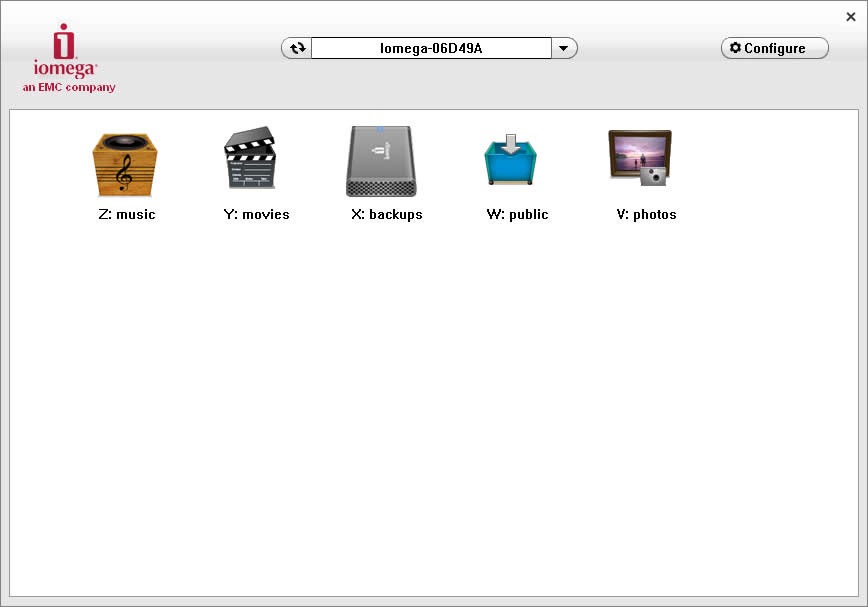 They’re all accessible using Iomega’s interface or as separate networked hard drives inside your operating system. Notice that, again, they appear as five distinct drives. 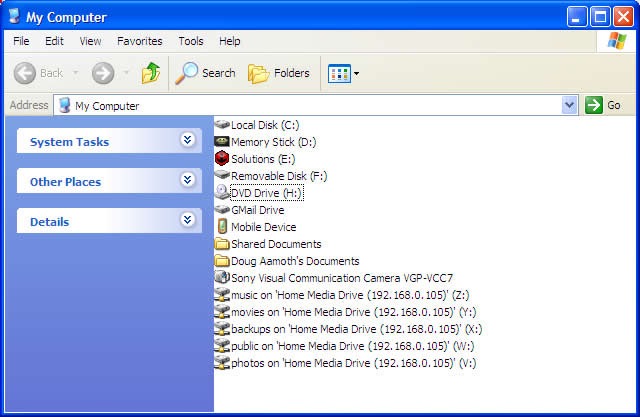 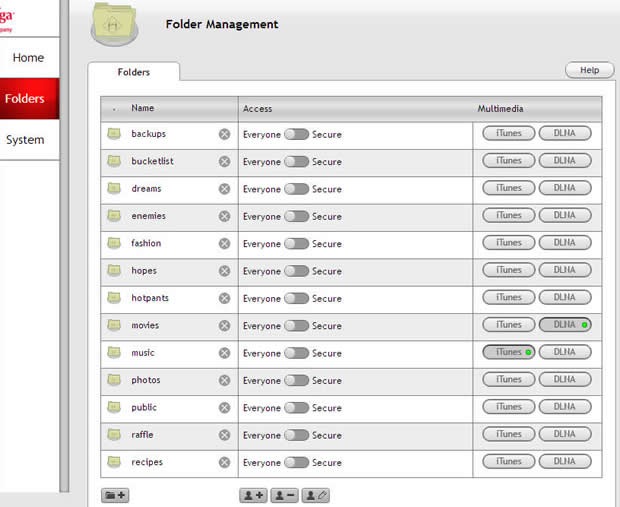 Unfortunately, I meant for “Raffles” to be “ROFLs” – a place to store hilarious jokes and whatnot but I wasn’t able to easily change the name from Raffles to ROFLs, so I just deleted it and made a new drive. Also, each drive name has to be all one word without any spaces. I would have liked to have “Bucket List” and “Hot Pants” but, alas, t’was not allowed. Any new drives that you create will appear as network drives in your operating system as well. 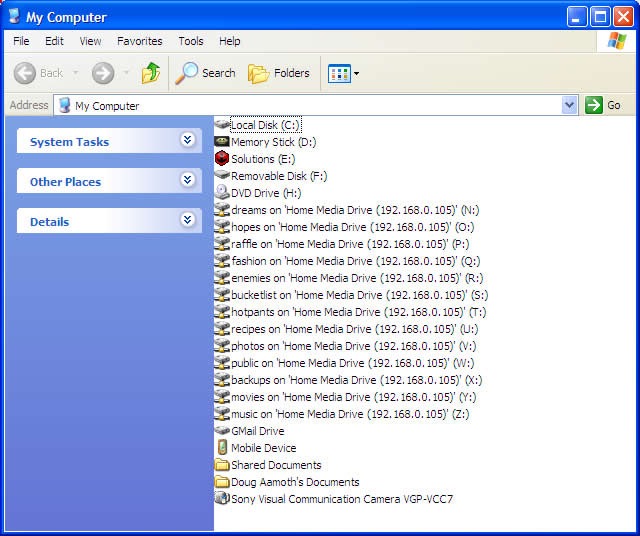 Once everything is set up, you can add users and dole out various levels of access, or just keep everything open to everyone. This drive would work really well in a small office or in a family where the parents are into some weird voodoo that they don’t want their kids to see.

The drive comes with EMC Retrospect, which is automated backup software. It’s easy to use and lets you set a schedule for backing up important files. The getup also comes with 2GB of free Mozy online backup service. You can get 2GB free from Mozy no matter who you are or what drives you own, though, so it’s mostly just a little extra fluff.

From a hardware standpoint, there’s a USB port on the back of the drive that can be used to hook up a second external hard drive or as a print server. That’s a great little feature that I think adds a fair amount of value to this thing. You can just place your printer and your backup drive next to your router and be done with it.

The drive also works seamlessly with iTunes, Xbox 360, PS3, and various other network-enabled devices. My Xbox 360 picked the Iomega up as a networked hard drive and streamed an HD movie file (Ethernet to Ethernet) with ease. 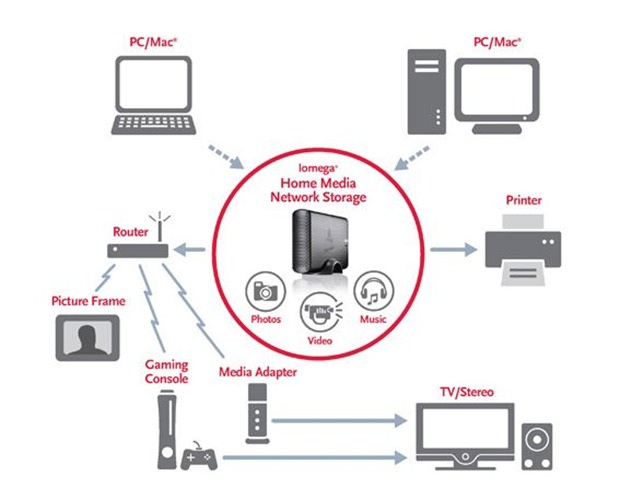 The drive doesn’t get too hot thanks to a built-in fan, but it’s that same fan that emanates a dull whine all the live-long day. I had this drive sitting right next to me on my desk and I’d have to turn the whole thing off after about an hour. It’s not loud, so it’s possible that the noise could easily be drowned out if you work around other people or listen to music all day but I prefer to work with as few distractions as possible, so I could definitely hear the drive. If I were to use this drive as my own, it’d be in a drawer or on the other side of the room for sure.

As you can hear, it’s not that bad at all. It’s just that dull whine bobbing up and down every so often that gets agitating after a while.

The internal drive has a 7,200 spindle speed but most of the bottleneck is going to occur at your router. I transferred a 3.64GB file wirelessly (802.11g) from my laptop to the drive and it took just under a half hour. Naturally, hard-wired speeds will be much faster but keep in mind how you usually access your network and plan accordingly.

The Iomega Home Media Network Drive is an easy-to-use, affordable solution if you need a backup solution that multiple computers can access. The included print server and user management features make it a great option for any small business or medium-to-large family.