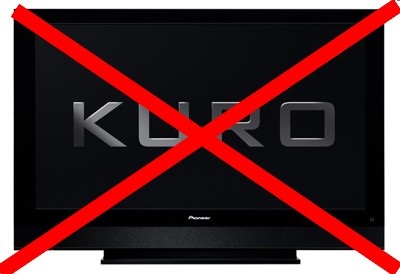 After pulling the plug on LD production just last month and saying their TV business is practically dead, Pioneer today in Tokyo hold a press conference explaining the latter move in more detail [JP, PDF]. And the details aren’t pretty at all.

The company said it will establish a rigid restructuring program as an answer to the $1.44 billion in loss for the past fiscal year. The program includes cutting about 6,000 regular and 4,000 temporary jobs worldwide by the end of March 2010. Pioneer will pull out of the display operations and rather focus on car electronics in the future.

30% of Pioneer’s 30 manufacturing units across the world will be closed. TV output in the US ends as early as this April, one plant in the UK will even be closed within this month. Pioneer also said their executives will have to live with lower salaries (minus 20-50%) from February 2009 through March 2011.