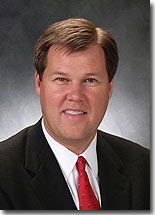 I guess it had to happen: Microsoft is opening retail stores with the help of some guy named Dave Porter who used to work for Wal-Mart. Super synergy. I can see it now: these stores will be the exact polar opposite of the Apple Store – brightly lit, overstocked, and oddly jarring.

No real information on these stores just yet, but Dave is going to start planning a slow and steady roll-out. Will they have Smartie Stations with trained technicians? Training in Windows Paint? What I suspect will happen is that Microsoft will launch a set of pop-up stores using distressed retail space and then roll out if and when these spaces become popular. Nothing like a boom or a bust to build out bricks and mortar.

REDMOND, Wash. — Feb. 12, 2009 — Microsoft Corp. today announced that David Porter will join the company as corporate vice president of Retail Stores. He will lead Microsoft’s efforts to create a better PC and Microsoft retail purchase experience for consumers worldwide through the development and opening of the company’s own retail stores. Porter will report to Microsoft Chief Operating Officer Kevin Turner. He is joining Microsoft from DreamWorks Animation SKG, where he was head of worldwide product distribution.

“I am delighted to welcome David to Microsoft,” Turner said. “This is an exciting time with our strong lineup of upcoming product releases including Windows 7 and new releases of Windows Live and Windows Mobile. We’re also working hard to transform the PC and Microsoft buying experience at retail by improving the articulation and demonstration of the Microsoft innovation and value proposition so that it’s clear, simple and straightforward for consumers everywhere. David’s unique and diverse background, coupled with his deep retail roots and distribution understanding, will be an invaluable asset in this long-term effort.”

“There are tremendous opportunities ahead for Microsoft to create a world-class shopping experience for our customers,” Porter said. “I am excited about helping consumers make more informed decisions about their PC and software purchases, and we’ll share learnings from our stores with our existing retail and OEM partners that are critical to our success.”

Defining the time frame, locations and specifics for planned Microsoft-branded retail stores will be Porter’s first order of business. The purpose of opening these stores is to create deeper engagement with consumers and continue to learn firsthand about what they want and how they buy.

Porter, whose new role and focus will complement the work Microsoft is already doing with its retail partners, will work in close partnership with leaders of existing retail programs in Microsoft’s Entertainment & Devices Division.

Before joining DreamWorks Animation in 2007, Porter spent 25 years at Wal-Mart Stores Inc. in roles of increasing responsibility and seniority in store operations, merchandising and information technology. In his last role at Wal-Mart, Porter was vice president and general merchandise manager of Entertainment, where he served as a strategic point of influence throughout the Wal-Mart business.

Check out Ars’ take on the stores and chime in on what you’d like to see at GatewayMicrosoft retail.