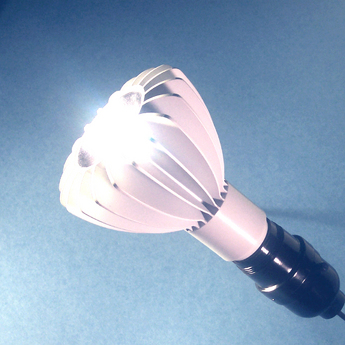 It was only a few days ago that the world was spinning extra fast on its axis with the news that scientists had developed these super-duper LED light bulbs. The light bulbs are supposed to last extra long, at around 100,000 hours. But what does that even mean? It turns out, since the filed of LED light bulbs is so new no one can say for sure what those 100,000 hours represent.

“Regular” LED light bulbs last around 25,000 to 50,000 hours (the ones I linked above are experimental), but that doesn’t necessarily mean 25,000 to 50,000 hours till they fail, like traditional light bulbs. With those, you get, say, 1,000 hours of lifetime. That means you can expect 1,000 hours of light before the bulb dies a spectacular death, and always when the stores are closed, making it impossible to buy a new one till the next day. But it’s different for LED bulbs. With those, a 25,000 hour-lifetime means that you have 25,000 hours till the bulb is at 70 percent of its original brightness. Seventy percent, research shows, is the point where people say, “Hey, I think the light is less bright than it used to be”; prior to that 70 percent number, most people can’t even tell the difference.

In short, LED lifetime, as it’s currently loosely defined, means how long it takes till it loses 30 percent of its luminance. That is, it’s 70 percent as bright as it was the day you bought it.

But hold on! What happens when the LED bulb starts to loose its “power,” so to speak? One solution—pump more electricity into the LED, thus totally negating their “green” persona!

The solution, obviously, is to return to candle light. Just don’t put ’em near curtains.