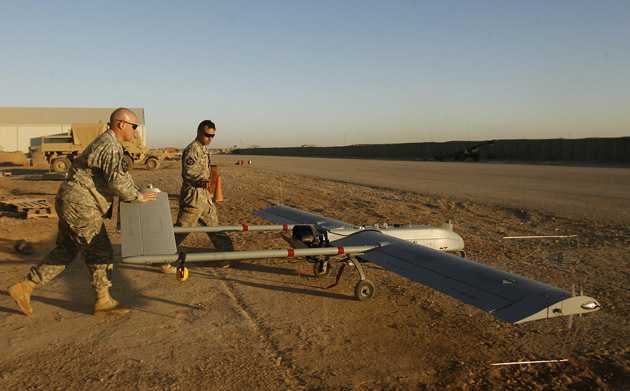 Not for nothing, but we did a post a few weeks back about how more and more of today’s professionals are from the video game generation. That is, the man in the suit behind the desk on Wall Street (what’s left of it) or in Foggy Bottom spent his formative years in front of an NES (or whatever), and can take some of the skills he learned there and apply it to the real world. Case in point, P.W. Singer, a Senior Fellow over at the Brookings Institute, who, in his new book Wired for War: The Robotics Revolution and Conflict in the 21st Century, tells the story of a high school dropout who later became a drone pilot, using his skill he accrued while playing Xbox. How about that!

So get this: you’re a high school dropout and you want to join the military, only you don’t get the job you applied for—mechanic—because you didn’t pass an English class. No worries, you’ve sunk innumerable hours into Xbox, and now have the dexterity of a tiger. So you turn to your recruiter and say, “Look, I may not be able to read so good but I sure as hell can control this drone, trust me I was able to fly the Dodo in GTA III.” Recruiter turns to you and says, “You’re on,” in a masculine “hoorah” voice.

That kid then became an instructor, at the tender of age of 19.

The moral of the story, America, is to keep playing Shadow of the Colossus, because there’s no telling when Uncle Sam will need someone to find a giant monster’s vulnerable spot.