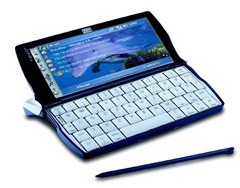 Chalk up a victory for Psion, the company that trademarked the product name “netbook” eight or nine years ago. You’ll recall that the company sent cease and desist orders to certain websites in late December demanding that the term “netbook” be removed.

Turns out that Psion’s got a case. The company told jkOnTheRun “that Google has investigated the trademark claim and determined that ‘netbook’ is indeed a protected trademark,” which has “prompted them to inform their ad customers that the term can no longer be used in Google ads.”

Psion is only seeking satisfaction from sites and companies “using the term ‘netbook’ in ventures for profit,” according to jkOnTheRun, so apparently writing about netbooks is fair game as long as we don’t build our own and call it a netbook.