The following is a guest post by Eric Clemons, Professor of Operations and Information Management at The Wharton School of the University of Pennsylvania. 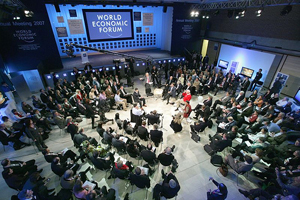 After returning from the World Economic Forum in Davos, I have been thinking about how to build more perfect human societies out of the visibly and demonstrably imperfect human decision makers we have to rely upon. Any classically trained techie knows the answer — it’s feedback loops for error correction. That’s how affordable class B amplifiers are made out of cheap off-the-shelf components.

But what does that have to do with the governance of societies or the future of the high tech sector? So before Davos I was asked the typical “let’s diss Davos” question … “Is Davos anything more than a networking event?” I’d never been to Davos, I didn’t really understand Davos, and I gave the wrong answer. I tried to explain that it was more than networking. The correct answer, of course, is that there is nothing more than networking when trying to plan, to impose structure, and to create even more wealth from otherwise uncoordinated actions. There is nothing more important for the governance of civil and commercial society than people interacting, working together, learning about each other in a full frontal, full bandwidth interaction.

So…what did I learn from my high tech full frontals?

More later on the future of paid search, the future of advertising, the future of online social networks and their impact on the marketplace, the relationship between internet penetration and the quality of American beer, the future of petites digerati in the workplace, later, if Arrington will have me back.