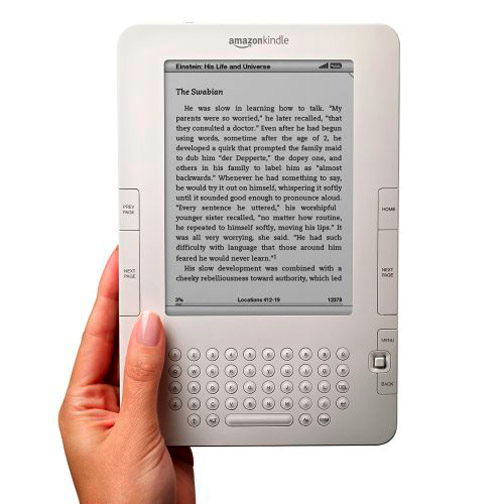 It goes without saying that this could be a complete sham and that a chunk of salt should be consumed with it, but a batch of purported images and price for the Amazon Kindle 2 have leaked onto the Web. While the MobileRead fellas claim these to be official we’re going to wait until Monday for whatever it is that Amazon plans to announce to the universe.

A picture is worth a thousand words, no? The K2 is considerably slimmer than its predecessor and appears to be much shorter, too. That back piece screams Apple and has me thinking twice about these ‘official images’, but, again, we’ll have to wait until Monday. Also, the K2 is said to be available on February 24th for $359.

The keyboard configuration as well as the navigation buttons look much better than what’s available now. I may actually start using the Amazon service again with this new hardware. What about you?