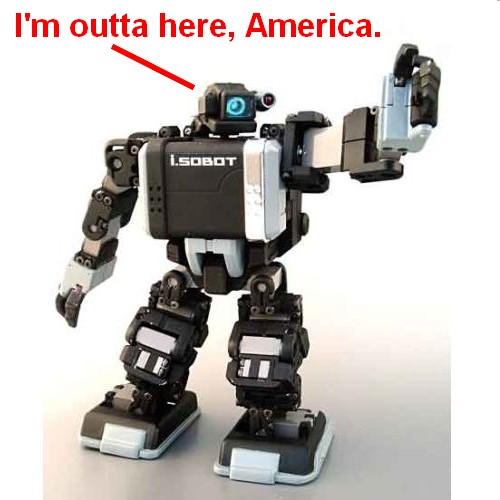 Today is a sad day for gadget lovers. Japanese toy maker Tomy is pulling the plug on the North American market. The company behind the i-Sobot, the Dustbot, the digi cam with built-in printer and the AeroSpider said Tuesday in Tokyo it will focus on Europe instead.

Tomy announced they will cut staff in the USA by around 40%. From March, Tomy USA will focus on selling game software only and will employ about 15 workers in the US.

The company will additionally reduce its work force in Thailand by 40% as early as the end of this month, letting go of 680 part-time employees and around 50 full-timers. Tomy expects savings of around $2 million per year through this move. In Europe, Tomy will abandon sales of board games and also lay off staff to cut payroll expenses by another $6 million.