That other social network boasting tens of millions of members worldwide, hi5, is launching hi5 Games today, adding casual games like sports, arcade, strategy and cards to its roster of social entertainment initiatives catered to some 60 million unique monthly users.

The social networking service says hi5 Games will become an important part of its monetization strategy, with the help of their recently launched virtual currency that allows members to buy virtual gifts using real money in a digital form (still with us?). Users will eventually be able to utilize the virtual currency, called hi5 Coins, for direct transactions such as premium content, advanced gaming features and status upgrades. Hi5 is also experimenting with “new and immersive” advertising options on hi5 Games, which it says will allow brands to better engage their target audience.

Hi5 has recently laid off a good portion of its staff but continues to be a very relevant player in the social networking field; it is still the third largest social network after Facebook and MySpace according to Comscore. 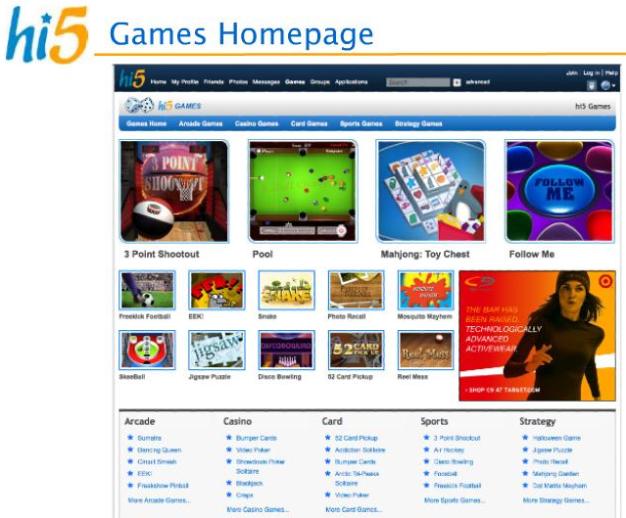 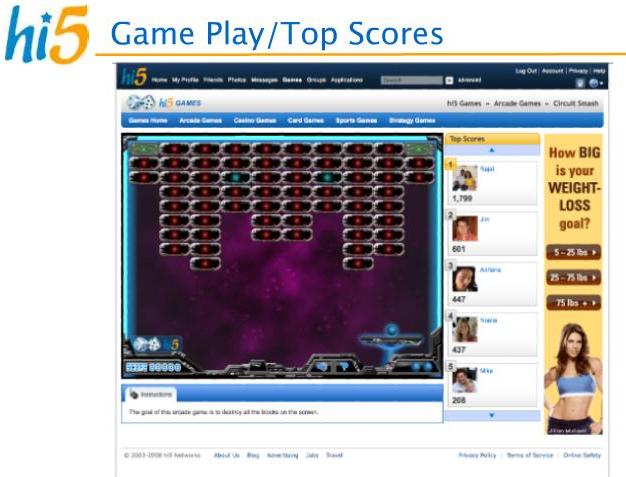