Health Energy Potion is a tiny 1.69-ounce energy drink that resembles a health vial from a video game. And sure enough, the drink promises “to add +160 to gamers’ HP.” Harcos, the company (“founded by two gamer geeks”) that makes Health Energy Potion, claims:

It’s worth a try if you’re into energy drinks. The first ten minutes can make you a bit agitated and antsy but this stuff is aimed at gamers, not quiet blogging, so it’d probably be perfect right before some nice first person shooter action.

It’s definitely worth a try. These guys pack a wallop into a little, tiny container. 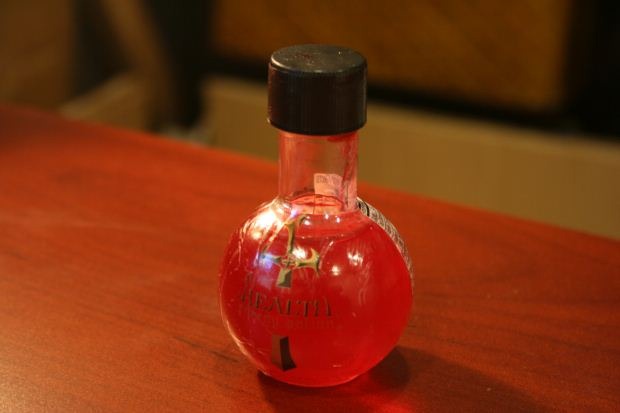